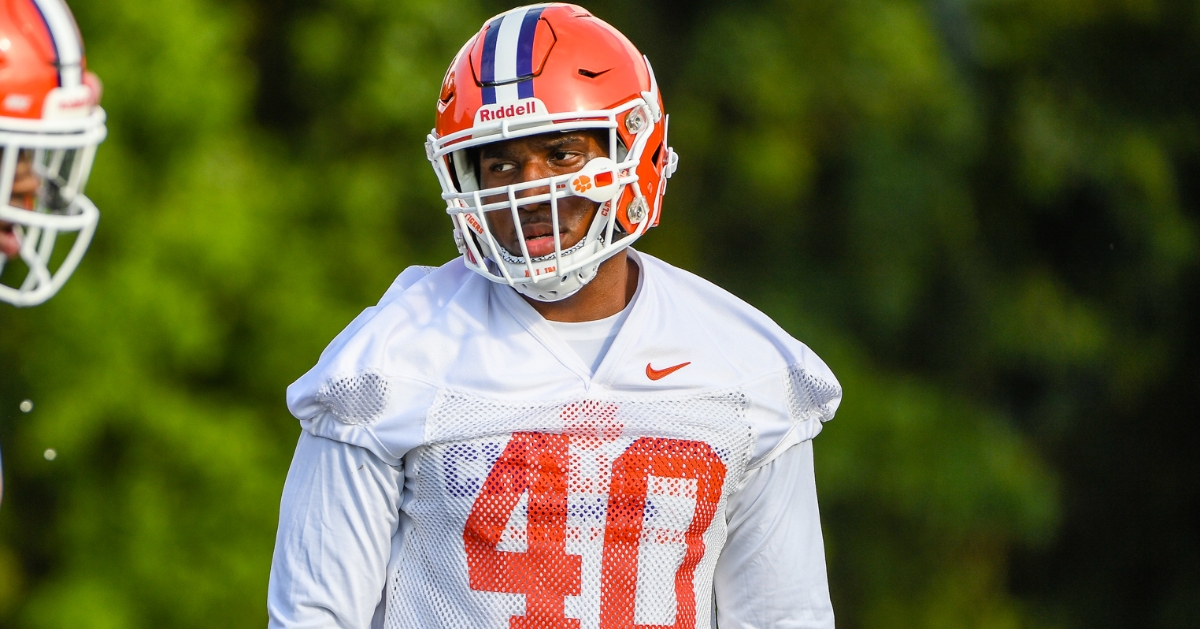 Greg Williams played linebacker in high school, but his 6-4 frame and incredible wingspan showed room for growth so he moved to defensive end when he got to Clemson. As a result, Williams redshirted this past season as he gained weight and muscle and the intricacies of a different position.

“It’s been a good experience. Just coming in and watching these older guys and sitting around and learning and stuff like that. It’s been a good year,” Williams told TigerNet. “It’s been a slow transition. But you know, I went from linebacker, so coming from linebacker to defensive end wasn’t as hard because at linebacker there’s a lot more to it and defensive end it’s simpler than that. It’s been a great experience. I’ve been learning from the older guys like Justin (Foster) and XT (Xavier Thomas) and KJ (Henry) and all of them. It’s just been a great experience.”

What has been their advice?

His technique has also been the area where he’s seen the most improvement.

“I know in high school you can get away with a little bit of knowledge and being an athlete,” Williams said. “But when you come to college, it’s more that you have to focus on your technique and position and your alignment and everything.”

Coming out of high school, he was one of the top linebackers in South Carolina and was a four-year starter at Swansea. Williams had 78 tackles with a sack, two forced fumbles and three interceptions as a senior in 2018 and was named the Region 5 Defensive Player of the Year and was an All-Region 5 AAA All-Region in football and basketball in 2017-18 academic year. He also had an outstanding junior year in 2017 when he had 103 tackles.

He cherished every moment.

“Just the experience is what stands out,” Williams said. “When you go from high school to playing around hundreds and you go to college and you’re playing in front of thousands, it kind of ups it up more. Puts adrenaline in you to go out and do your best.”

He also has a game plan moving forward – showing that a kid from South Carolina can succeed.

“Basically proving that I need to be there. Showing that I can show up,” Williams said. “When coach calls my name, I’ll be ready. Going out and showing who I am. Coming from a small town, sports are big in my town. Me going on this journey at Clemson, I get to prove to people back at home that you can actually do that. And in-state-wise, most of these schools are going to reach out for talent all over the country, but you’ve got great talent in this state. Just trying to prove we still have it in-state.”

When asked about his best attributes, he didn’t hesitate.

“Speed. And my technique. From linebacker, I came in a little faster,” Williams said. “From a basketball background, I also have some moves. Speed, spins and jukes are all going to come out.”