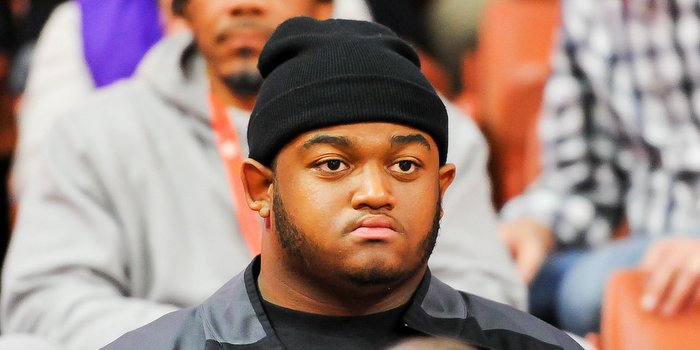 Carter takes in the game in Greenville

The Clemson coaching staff hosted two top prospects and several commits over the weekend, the first big recruiting weekend of the 2016 calendar year.

“Everyone was very pleasant there,” she said. “He enjoyed himself, and it’s a beautiful campus. It was just a good visit and the coaches showed great hospitality.”

Clemson was the first stop for the 6-3, 302-pound defensive lineman, who owns 10 ACC and SEC offers. Carter will visit Georgia Tech next weekend and Georgia will receive the final official visit. He also plans to visit Alabama and Auburn at some point before signing day.

“We are going to Georgia Tech next weekend and Georgia after. We are going to try and fit in Alabama,” Carter’s mother said. “Right now he likes them all the same.”

The recruits spent time on campus and were bused to Greenville Saturday for Clemson’s basketball win over Miami at the Bon Secours Wellness Center. Following the basketball game they were taken to Falls Park and allowed to see downtown Greenville before returning to campus.

Kelly – who figures to get a chance at early playing time with the departures of Kevin Dodd and Shaq Lawson – said his mother enjoyed the visit.

“She loved everything about it,” Kelly told TigerNet. “She had a really good time. We were taken to Greenville and we went to the basketball game, and it was great to see how Clemson fans support their teams. Even when we were just walking around people were saying, ‘Go Tigers.’ And then we got something to eat and went back to campus. It was a great visit.”

Powell told TigerNet he also liked the Greenville part of the visit.

“It was great. I didn’t want to leave,” Powell said. “Greenville was amazing and the game was lit! The basketball team is really coming along great.”

Chalk said, “I had a really great time and Greenville was really cool. The game was a lot fun.

Cooper said he also wanted to hang around longer.

“I had an amazing time with the commits and the coaches,” Cooper said. “I also got a chance to watch the basketball game and that was great. It was a good visit.”

Skalski was another one who enjoyed the basketball game.

“It went great,” he said. “We got there a little bit late but it was still great. Clemson has great fans in every sport.”

*NOTE: We will have more from Kelly, Carter and hopefully Mullen on Monday.