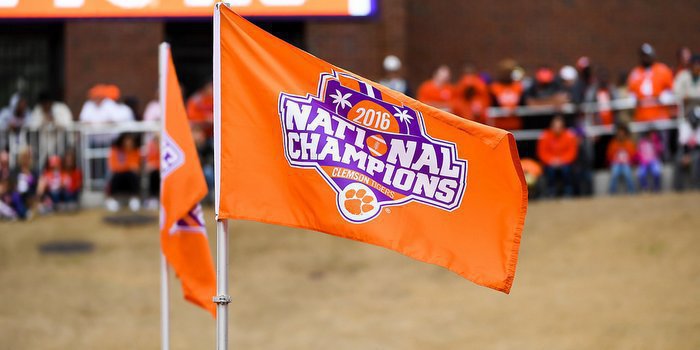 Nearly 70,000 fans showed up to help the Clemson football team celebrate the 2016 National Championship, a celebration that included a parade and a ceremony inside the stadium that included stirring speeches and a trophy presentation.

The 2017 commitments were on hand for the festivities, and they got to take it a step further. The recruits were allowed to take pictures with the College Football Playoff National Championship trophy and take a quick tour of the new Football Operations Center, which will be finished in a few weeks and attended Saturday night’s awards banquet.

“It was great just being there for everything. It was great seeing the fans show up for that,” Williams told TigerNet Sunday. “It was crazy, and it shows you how loyal the fans are, and that outpouring of love shows you what a great fan base Clemson has. I am definitely looking forward to getting back there and getting in school and getting ready to go to work with Coach (Brent) Venables.”

The recruits also got a chance to take a look at the new operations facility, and Williams said the building had changed drastically since he was on campus for the South Carolina game in late November. 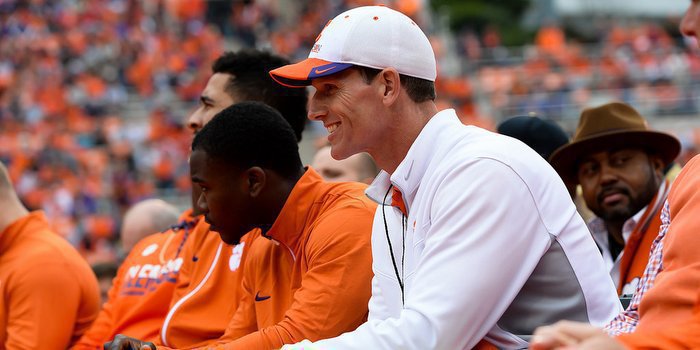 “It's never going to be boring,” he said. “If you are bored up there, there is something wrong with you. It has come a long way since I was there for the South Carolina game, and it looks great. I can’t wait to see what it looks like when it’s done.”

The class also took the chance to pose for photos with the National Championship Trophy.

“I loved it. I can’t wait to get there in June,” 5-star wide receiver commit Tee Higgins said. “I loved taking a pic with the trophy.”

Williams said the trophy provided motivation for him and his fellow 2017 class members.

“Yes, it was great seeing that trophy,” Williams said. “But the members of the 2017 class are all on the same page. We want to win one of our own, and we know we have to start work so we can bring another one back to Clemson.”

Defensive back A.J. Terrell said the entire weekend was one to remember.

“The parade was very fun and a memorable moment,” Terrell said. “Seeing everyone happy, from the coaches, players and fans made the event great. Also, the banquet was great while being named National Champions for 2016. All the seniors were being honored for their effort and leadership, and it was a really good vibe.”

"Bama had a great game -- they gave Clemson the challenge that we all wanted to see and Clemson came to play along the road towards the 4th quarter and pulled out with the championship W! Coming in, in this class is great because now we will always be accustomed to a championship program. I wasn't surprised at the outcome of the game."

QB Chase Brice said there will be a even higher standard but no pressure.

"It means a whole lot! It's huge to be going in after a National Championship team," Brice said. "Everything will be held at an even more higher standard. Our class will probably be looked at pretty heavily since we are the following class. Most would say that adds a lot more pressure... but when you have coaches and players and fans that are behind you 100%, pressure doesn't even enter our minds. The game was one for the books just like everyone expected."

When other fan bases ask me about flipping Clemson commits I'm just gonna show them this pic https://t.co/0tZWFs40nC

Official was great! Loved every second of it! Can't wait to be back?? #GoTigers#ALLIN

Absolutely loved my time on my official visit. There really is no place like Clemson, South Carolina. June 25th can't come soon enough????

Not to many people have this OPPORTUNITY I'm BLESSED to have. So I'm going to take full advantage of it??FACTS #ALLIN ?? pic.twitter.com/606f7HNWO4

Once you start seeing those Tiger Paws on the road that's when you know... ??