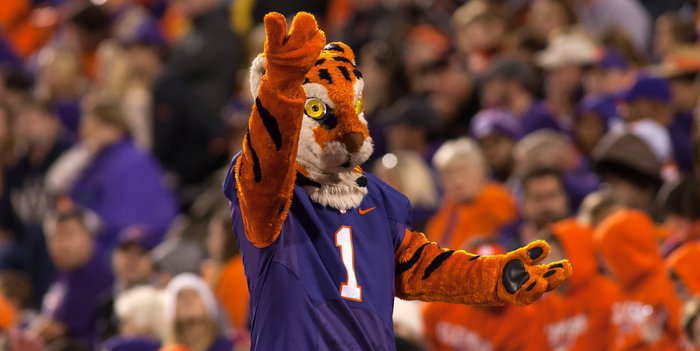 Clemson and Louisville kick off in a game scheduled to kick off way after my bedtime, starting at 2:46 in the morning to satsify ESPN's craving for good football around the clock, and it will end sometime Sunday afternoon.

That's ok, because it's college football. Let's take a look at some of the picks for this week.

Brian Kelly has had quite a year and it’s not even October. He’s lied to his quarterbacks, lost three games, and then came out after last Saturday’s loss to Duke and said he was proud of his defense. Then he fired his defensive coordinator on Sunday. Goodness, I hope the man never expresses confidence in me. I’ll lose my gig protecting the Pope. This week the Irish take on Syracuse, but both sides agreed its way too hot to play in the Carrier Dome – it almost reached 70 degrees the last home game – so they are playing in New Jersey. Cause toxic waste and dead bodies are safer than the heat. IRISH 40, CUSE 30

Florida was taken to the proverbial woodshed in the second half by Tennessee last week, but let’s face it, they are far better than Vanderbilt. Despite having SEC speed, the ‘Dores are barely good enough to compete on the FCS level. This team lost to South Carolina for Pete’s sake. The streak of bad play continues this week in what will be deemed a true SEC slugfest because the offenses are so bad. FLORIDA 24, VANDY 3

The Hurricanes are off to a good start under Mark Richt, but this week is a different animal. It’s a good thing this thing is played at noon, because there are no stars at Tech (snicker, snicker) to light up the stadium. Well, maybe a few 1-stars. But that’s it. Miami is talented enough defensively to see what Brent Venables and the Clemson defense did against Pawwwl John-un, and quarterback Brad Kaaya will find the end zone at least four times through the air. MIAMI 33, TECH 22

Boston College plays an absolutely horrific out of conference sked that includes Wagner, Buffalo, UMass, and UConn. And they still stink. At least they have clam chowder, and the Red Sox are in the postseason. And Brady will be back this week. That’s good, right??? HOCKEY 27, BISON 25

The Bulldogs didn’t have any players in jail or house arrest last week and still got boat-raced by Ole Mess. This week they get Josh Dobbs (who is really tall but not very accurate, so ESPN loves him) and a Tennessee team that is now the title favorite after beating an offensively-challenged Florida team last week. The good news is that Dobbs is nothing like Chad Kelly – he’s never even owned an AK-47 – and won’t score as often as the Rebs did last week. But this one is still over by early in the fourth quarter. TENNESSEE 34, GEORGIA 21

How cute is this matchup? The school that made academics an afterthought when it comes to big-time athletics meets the school that made jail time and sentencing an afterthought when it comes to sexual predators. Neither team can play defense, but both teams can play a little offense, as evidenced by the rap sheet down in Tallahassee (hahaha). This one is a shootout of epic proportions, and as has been the case where these two schools are concerned, no one will be charged when the bullets stop flying. FSU 41, UNC 37

Whooooo? I kid. I kid. Will Muschamp gets his first SEC home game as a member of the Poultry Club of the Week, but this one will get ugly early. The chickens couldn’t score a bag of weed at a Grateful Dead concert, and they won’t light up the scoreboard this week unless the trailer-park denizens (i.e. Gamecock Club members) bring their lighters and actually set fire to it. The Aggies roll. TEXAS A&M 37, POULTRY 9

Ole Neck Brace himself brings his talented bird show to Pickens County, led by head bird Lamar Jackson. Jackson has run roughshod over a bad FSU defense and Sister Mark Dinkins and her Enoree Baptist Church Sunday School class. After three games against Sister Mary Dinkins and the crochet wonders, they get to face a real test this week in Dexter Lawrence and Christian Wilkins. The Lawrence-led Zombie Apocalypse will be too much for Jackson, who won't get much action. Bird feathers will be everywhere and the Tigers will be satisfied at evening’s end. CLEMSON 34, NECK BRACE 27