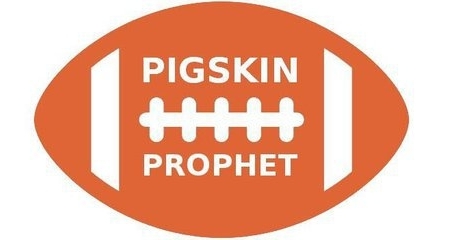 The rest of the conferences really didn’t care what you thought after all.

The Big Ten made the decision in early August to call off college football in the hopes that the rest of the country would soon follow suit. The Pac-12, which has always been more of a follower and not a leader, and really doesn’t have any teams worth making the postseason because their offensive linemen weigh 182 pounds and a good defensive tackles weighs 165, soon followed the Big Ten. They probably thought they had to.

(Just an FYI – it was Pac-12 Commissioner Larry Scott who DEMANDED that the 2018 title game be played in Santa Clara, in front of a bunch of locals who didn’t care, in a city that didn’t care. So two teams from the South who could have just met in Atlanta traveled to Cali, where many locals asked what state Alabama was in).

So the Big Ten made a decision and the SEC and ACC said they didn’t care, and when it appeared they might be left out in the cold, they trotted out medical experts who called for hellfire and damnation and ruin on anyone who dared throw a football. Secure in their self-righteous smugness, they waited for the SEC and ACC to capitulate to the rhetoric of Pat Forde and Pete Thamel and Dan not very Wolken and Brett McMurphy and Dennis Dodd, who all at one time or another in the last few months tweeted out that college football would not be played this season.

Somewhere, John Swofford laughed at it all, even when Dan not very Wolken took shots at head coaches and administrators and promised that a crisis could only be averted on HIS terms and if the season wasn’t played. Pigskin Prophet: Dear Big Ten, nobody cares what you think after all

The ACC and SEC marched on, soon joined by the Big 12 and other conferences, and then actual football was played.

The Big 10 then was sued. Head coaches spoke out. Players started petitions. Some dude named Sir Yacht became a Twitter celebrity. And the Big Ten supposedly voted. Except they didn’t. And then they did vote, even though they didn’t. And then there MIGHT be a vote, and then there wasn’t, and all the while they watched other teams start their seasons and their fans grew angry and another vote was held, except it wasn’t. And they waited to see if the teams that played last weekend had positive cases reported, and there weren’t, and then they held an actual vote, and going against the wishes and medical advice of Pat Forde and Pete Thamel, have decided to start the season.

Because it’s all about the kids. Right?

It’s about time the Chants got some love from the Prophet. Coastal went out into the Midwest – against the medical advice of Pat Forde – and put a beating on Les “The Hat” Miles and the Jayhawks. The Hat was ripped to shreds, and Coastal now is hoping for a shot at Clemson to see which one is the best team in the state. This is game two for the Fightin Camels, who will only play five games this season. Sorry Camels, it ain’t Hump Day, even though a humpin’ will occur. From a chicken-like water bird. I think. COASTAL 48, CAMPBELL 17

The Orangemen – no not that one – traveled to UNC last week and hung tough with the Tar Heels. Ole Cuse had its top two running backs opt out and had a former fullback playing offensive line, a former hockey player at safety and two wrestlers on the defensive line. Times are tough for Dino Babers, whose players subscribed to the Big Ten theory on football (instead of the Southern one), and opted in and out several times before deciding to play. Pat “The Gnat” Narduzzi and the Panthers will provide a very Pittsburgh welcome to the Orange, and it won’t be pretty. PITT 30, CUSE 13

Gotta hand it to Duke, they went up to South Bend and slowed down the game and played the Irish tough. It showed that the Irish are slow, and also not fast, at a lot of spots. And kinda slow. The Eagles have a new head coach – YAY!! ANOTHER COACH!!! – and he is the one that will turn the program around. Except it isn’t hockey or the Red Sox and no one up there cares, and they will continue to win six games a year and go to a bowl game here and there until the next great coach comes along. DUKE 24, BC 20

THE CITADEL AT CLEMSON

This might be the best game of the weekend. Louisville – the South Carolina Gamecocks of Kentucky with their Cardaboose trains and stadium in the industrial section and awful colors – has a chance to be really good this year. The Hurricanes and their Anchor Chain always get their fans excited and then wilt, and they will be excited to head up to Bourbon and Horses and pull off the slight upset. Except, except, Scott Satterfield is a better coach than Manny from Ice Age. A lot better. And they have trains outside the stadium. LOUISVILLE 31, MIAMI 20

This is our first look at the Fightin’ Doerens, who hate laptops and sober fans and winning football games. Wake didn’t look great last week, but that was because they played Clemson. The Fightin Doerens always have a little bit of talent, but they aren’t well-coached, and then old Dave blames everyone but himself when they lose. Wake is well-coached and pulls off the upset on the road. WAKE 27, DOERENS 23