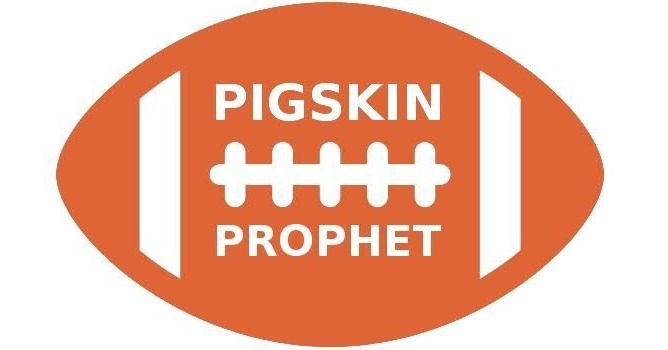 I gotta admit, I thought I was done for the year. But Crump has some extra Burger King coupons and he asked if I would take the time to release my convoluted thoughts on this weekend’s championship games, and there was just no way I could turn him down. It’s not like I have a lot going on anyway.

I stayed around in Columbia last weekend to make sure the chicken netting we put up in front of the South Carolina student section worked, and it did. The little pullets didn’t throw a single bottle at the Tigers or media types or the live chicken on the sideline during the game. In fact, as a group, they were somewhat subdued.

I was walking down the sidelines about midway through the second quarter when I noticed a South Carolina fan pull out her weapon of choice – a battery. I just kind of stood there and watched as she wondered when and where to throw it, but during her ponderings I saw the Tigers score another touchdown. As more points went up on the scoreboard, you could almost see the life drain out of her face.

She sat down, looked at the battery, and then tried to sneak it back into her oversized bag.

I walked over to her, and said, “Ma’am, I am happy to see that you decided to not throw that battery. My guess is you took it out of your husband’s truck, and at some point, he will be missing it. And next time you think about throwing batteries or you hear people making plans to throw batteries, they usually mean AA’s or D batteries. Not 8D SLI Commercial Batteries.”

The Sooner Schooner is wrecked and the little ponies that pull that abomination are scarred for life. For whatever reason, the Sooners haven’t played great since that Schooner had its accident. The Bears blew a huge lead against the Sooners a few weeks ago and will have revenge on their minds. However, what we saw in the second half of that game is representative of the talent gap between the two teams. Oklahoma wins this one. It still won’t be easy. OKLAHOMA 34, BAYLOR 27

Whenever you think one of these PAC-12 teams is about to make some noise, they blow it. Oregon blew its chance at the Playoff a few weeks ago in Arizona but they can also end Utah’s dreams of playoff berth. Listen, this game is so important they are playing it on a Friday night, in an empty stadium, in a city that doesn’t care about college football. Oregon has 1,986 uniform combinations and their mascot is Donald Duck’s cousin and they have the best cheerleaders in all of college football. But Utah has the better team. UTAH 24, OREGON 20

I really like this matchup. There are times when the coaches have to step out on the field and show Georgia the way to the end zone – some of their players don’t seem quite bright – and there are times when they just kinda stumble into it. That’s how you lose to an abomination of a team in South Carolina and let them pilfer your precious hedges. But they have a good defense, and LSU quarterback Joe Burreaux will have a heck of time finding the open passing lanes he does against those other horrid SEC defenses, like Alabama. I think this is closer than people think, or as Ed Oregeron says, Mamafinnagetdun sorghum molasses indawrecklopadop!!!! GO TIGAHS!!!!! LSU 27, GEORGIA 23

Congratulations, Virginia. You have the best QB in the Coastal Division and your prize is Brent Venables. That’s right, Virginia maybe isn’t better than the rest of the slop in the Coastal Division, not top to bottom, but they do have that division’s best quarterback in Bryce Perkins. The Cavaliers are not known for football, and it’s expected that they will have somewhere between 60-80 fans at the game Saturday. Those will be some parents and students who were promised lacrosse tickets if they made the bus ride. It won’t be a memorable ride home. But what is a Wahoo? I did some research and it turns out it’s an Algonquin word, and comes from the marriage ceremony between members of the tribe. Once the couple jumped over the stick and entered the marital teepee, if the groom liked what he saw he would pop his head out and holler “WAHOOOOO” to the rest of the tribe to let them the know the marriage was gonna work. CLEMSON 40, WAHOOS 13

We saw this game a few weeks ago. It was boring then and it will be boring now. Wisconsin is like a lot of Big 10 teams and they struggle against modern defenses with their athletic players and schemes and all that. The Badgers spent the week with Peyton Manning at the Manning Passing Academy hearing about this new invention called the forward pass. They didn’t like it. Bad Wisconsin. OHIO ST 34, WISKEY 17