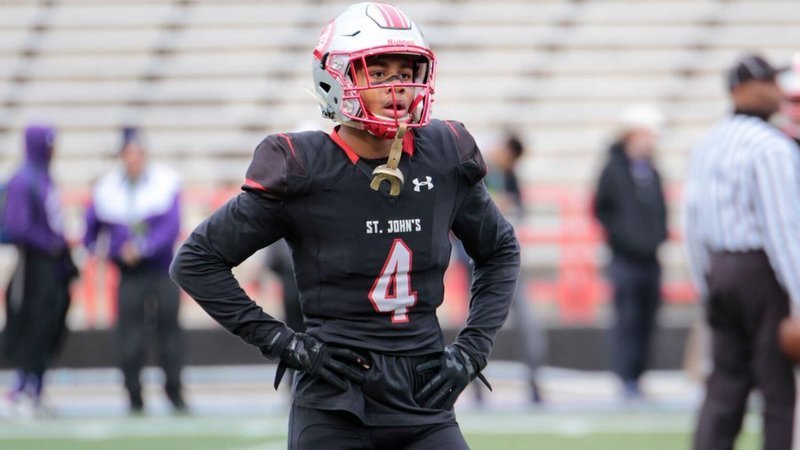 Hill has Clemson on top after the Tigers offered this week

Hill is a highly-regarded 2020 defensive back out of Washington, D.C. Hill measures in at 5-11, 180, and has caught the Tiger’s eye as only a sophomore. The cornerback has also made a name for himself with other big-name schools such as Kentucky, Oklahoma, the University of South Carolina, and Virginia Tech.

Although only a sophomore in high school, Hill has always known Clemson was his dream school, and a recent phone call to his school from secondary coach Mike Reed made his dream came true.

“My coach was talking to Coach Reed, and my coach called me over and told me that gave me the offer, “Hill said.

Hill told TigerNet he’s been a Clemson fan for a long time.

“Just at a young age, I’ve always been a fan of Clemson. I used to watch the documentaries, and learn about the DB’s that played there, and the ones that are there at the moment,” he said. “When I played the NCAA football video game I used to always be Clemson so that just pushed me towards my dream school.”

Hill knows Clemson through pictures and videos but plans to go see the school for himself in early June.

“Not yet, I’ve seen a lot of pictures and videos, I’ll be visiting soon in June, early June,” Hill said. “I’m not sure which day in June, but early June.”

Football isn’t the only thing on Hill’s mind; academics come first for the young prospect.

The offer from Clemson put the Tigers on top for now.

“Since they offered they are on top, first Oklahoma and Virginia Tech were my top schools that I connected with the most, but now its Clemson,” he said.

Clemson’s offer came on May 7th, and a definite answer on where he will play his college ball could come as soon as a few months.

“Probably not during my senior year,” the sophomore said. “It could be soon, it could be after my junior year, I’m not sure when, but not senior year.”

Blessed to receive an offer from my DREAM school Clemson University ?? #ALLIN pic.twitter.com/iFKhtqJwpQ