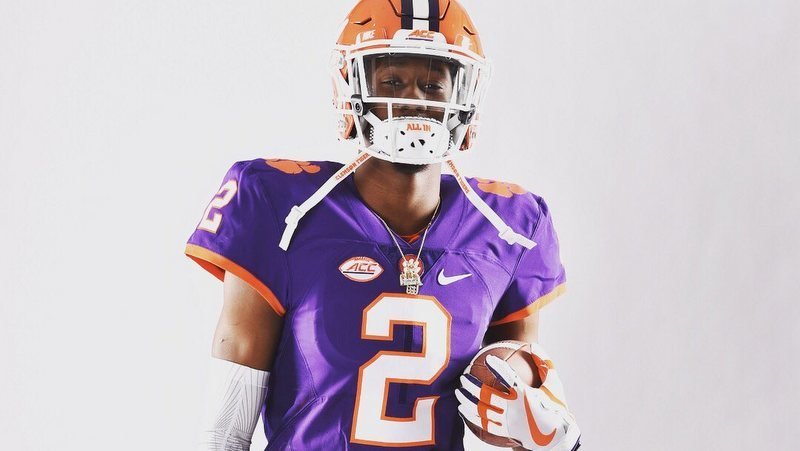 Ladson catches a deep pass at The Opening last week

“That’s why he’s going to Clemson, that’s where all of the humble superstars go.”

Those words were spoken last week by Coach Terry Bullock and he was talking about Clemson 2019 wide receiver commit Frank Ladson. Bullock coaches linebackers at St. John Bosco in California but spent part of last week coaching at Nike’s signature recruiting event at The Opening.

Ladson, a 6-4, 183-pound wide receiver from Miami (FL) South Dade, impressed coaches everywhere, from the University of Miami to Alabama, but chose to showcase his abilities at Clemson. Ladson - a 2019 prospect - committed to the Tigers on April 14th.

Bullock says Ladson is ahead of his time.

“He’s ahead of his time for a high school athlete because he’s obviously tall, he’s fast, he catches everything at its highest point,” Bullock said. “Normally with receivers like that it’s either one or the other. The guy’s either fast or he’s working on his ball skills, but this kid is like the total package. He will be playing on Sundays.”

Being a Clemson commit guarantees the young wide receiver will get the chance to train under WRU’s position coach Jeff Scott.

“I know when we were at Clemson a couple of weeks ago they have a receiver that is almost identical to him, the kid from Tennessee (Tee Higgins), he kind of looks like him,” Bullock said. 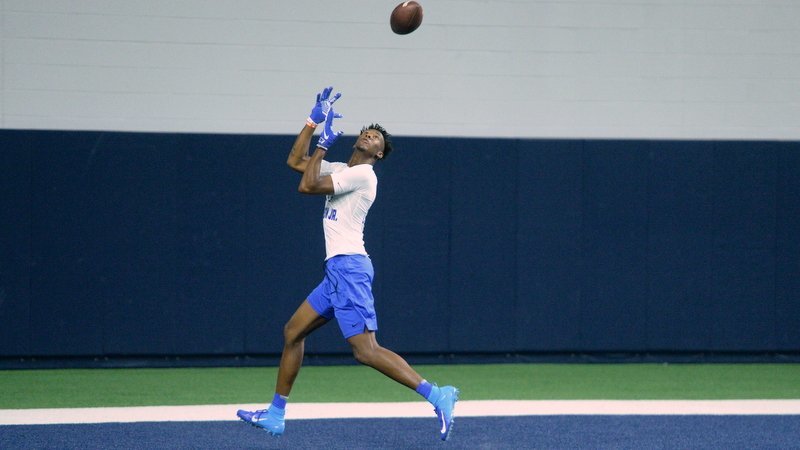 Ladson catches a deep pass at The Opening last week"

“Frank's body could put on another 20 pounds, but with that height and that speed, I don’t see why he wouldn’t be an outside guy. It would probably be a mismatch for a lot of corners, but he can play anywhere. Oh yeah, he’s twitchy, he gets out of his break fast, he gets low, he’s strong, he’s big enough to push people around, and that’s why he’s going to be so good.”

Ladson’s athletic abilities are not his only forte – his coachable attitude and calmness have also gained the attention of his previous and future coaches.

“I just like his demeanor. He’s not a ‘rah-rah’ look at me guy,” Bullock said. “I like guys like that. He’s real quiet and goes to work, and arguably one of the best guys out here, but you wouldn’t know that because he’s quiet. He doesn’t have that loud flamboyant attitude that a lot of kids have these days, and I think that’s what makes him special.”