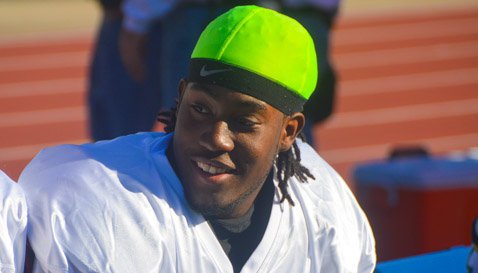 View Full Profile took his official visit to Clemson last weekend, he got exactly what he expected.

Taking an official visit after committing to a school can often change how you are treated, but not at Clemson.

The three-star defensive lineman out of Leland (NC) North Brunswick told TigerNet that he has felt like a member of the Clemson family since the first time he stepped on campus.

“What stood out was, pretty much getting the same treatment as last time I was in Clemson - the family treatment; how well everybody bonded with each other - even the players that aren't committed to Clemson,” Robinson told TigerNet Tuesday night. “Clemson really changed their minds - how they saw the facility, how they explained what they have coming in the future years. It was the same. It was pretty much what I expected.”

The 6-2, 255-pound prospect projects as a defensive tackle when he gets to the next level, but he said the coaches still have made up their minds about where exactly he will fit in on Clemson’s defensive line.

“We haven't really talked about that much yet,” he said. “From what I'm hearing, I'm guessing defensive tackle, but I'm not sure. We haven't really established that, but hopefully we will soon.”

As a possible defensive tackle, Robinson spent most of his time with Kevin Dodd and Carlos Watkins, both of whom gave him very sound advice about his upcoming collegiate career.

“Carlos Watkins was my player host. We pretty much spent most of the time with the other defensive lineman Kevin [Dodd],” Robinson said. “They just told us that if there's something you want, you just have to go get it. There's nothing hard about anything that you want. The coaches - Dan Brooks

Marion Hobby
Assistant Coach / Defensive Ends
View Full Profile - are great coaches and that Clemson has a great coaching staff and that they are going to push me and everybody. At the end of the day, it's all about how bad you want it.”

With his official visit over, all that is left is for Robinson to make his commitment to Clemson official in a little less than a week.

“I feel relieved when I finally get sign my National Letter of Intent of Signing Day,” Robinson said. “I haven't had any kind of second thoughts or anything like that, but it will feel really good.”

Robinson said that everything academic-wise was on track for him to enroll in June.