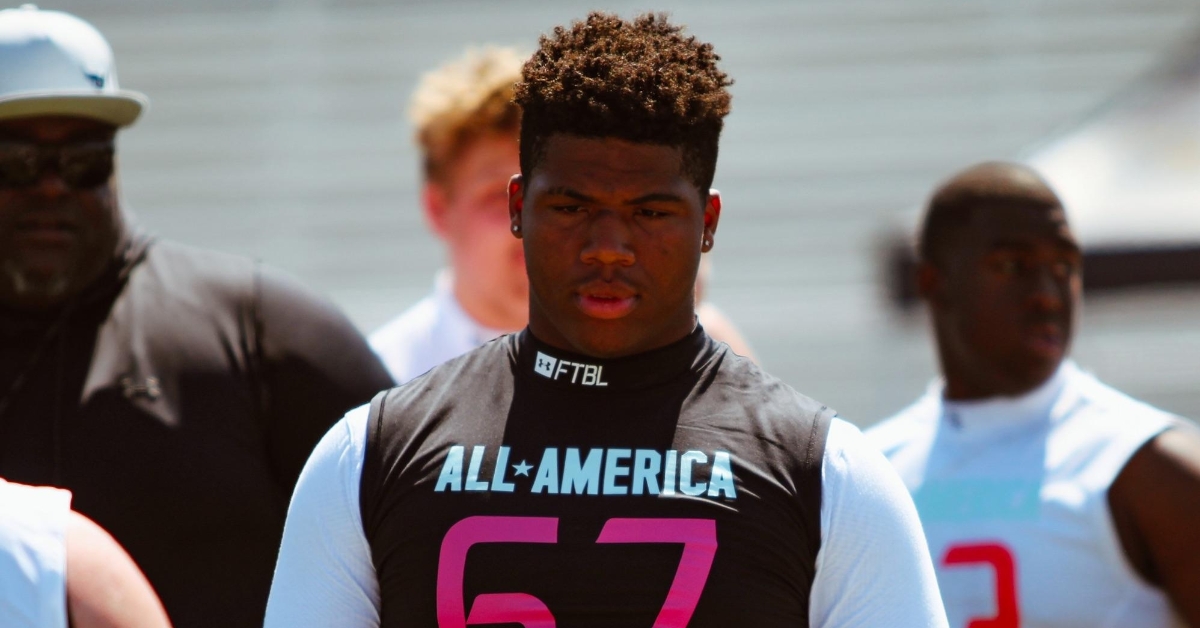 Clemson’s success has been built in the trenches, with 4-and-5-star players sprinkled on both lines of scrimmage. With more talented players waiting in the wings on the defensive line in the 2021 class, the attention has been shifted to the 2022 recruiting class.

Walter Nolen is a 5-star defensive tackle, ranked as the No. 1 player overall in the ’22 247Sports Composite rankings. Nolen, at 6-4 300-pounds, has collected over 20 offers from major programs across the country, including Clemson, Alabama, Georgia, and LSU. The top-ranked player in the country from St. Benedict at Auburndale (TN) Cordova reported a Clemson offer on June 1st, and the Tigers have built a strong relationship with Nolen early on.

Nolen has been recruited by Clemson defensive tackles coach Todd Bates. Nolen’s recruitment has been wide open, and Clemson has been a constant since contact with ’22 recruits began.

“It’s been crazy. Every day there’s a different coach trying to get on the phone or Zoom,” Nolen told TigerNet of his recruitment as a whole. “I’ve been hearing from coach Bates, and it’s just about how all of their players play, how I would be a good fit, and teaching me stuff.”

As the recruiting landscape is constantly changing and with in-person visits being pushed back even further, virtual tours of facilities have become the new normal. Nolen has been on a few virtual tours, and Clemson was one that stands out.

“I’ve done a couple of virtual tours with some schools and they were great,” Nolen said. “The coolest thing was seeing their trophy rooms. That stood out to me, showing how hard the schools worked for it. (Clemson’s) was great for sure, one of the better ones I’ve been on. The facilities were great. I can see why they are one of the upper teams in college.”

Clemson’s defensive line is reloaded with talent every year, and Nolen would be another great addition in the trenches. Is Clemson a place Nolen can see himself playing? And what does Nolen like about the Clemson program up to this point?

“Yeah, possibly,” Nolen said of joining the Clemson defensive line. “They get after it. I like the way they carry themselves.”

When recruiting opens back up, which schools will Nolen look to visit? And what will Nolen be looking for in each school?

“All of them. I don’t have any that are so special, I’m looking at all opportunities,” he said. “I’m looking for family and feeling welcome. Just the overall brotherhood that matches me.”

Nolen recorded 92 total tackles as a sophomore, with 26 of those being tackles for loss. Nolen shows an explosive first step and aggressive hand placement on the snap. As evident by his number of tackles for loss, Nolen arrives in the backfield with a force and delivers a big blow to running backs. Already a 5-star, look for Nolen to remain at the top of the rankings for the 2022 class.