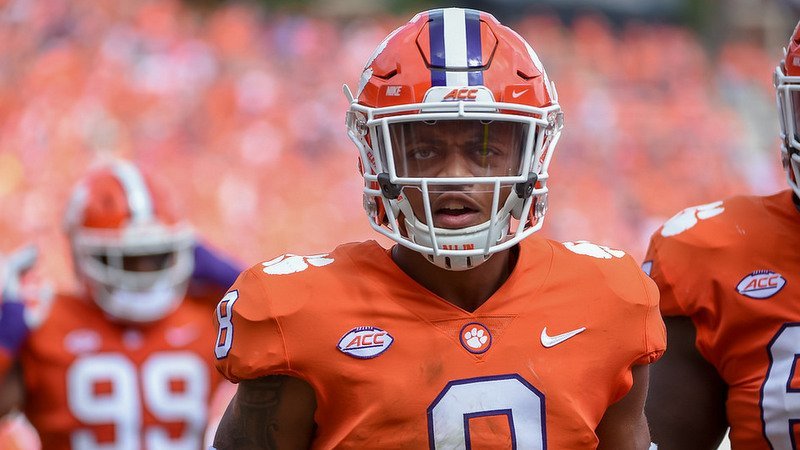 CLEMSON- Next man up.

Following Clemson’s electric win over Syracuse on Saturday, sophomore defensive back A.J Terrell recapped on the ups-and-downs of the game with the simple expression, next man up.

“Just next man up. Just like (Trayvon) Mullen went down it’s the next man up with Kyler (McMichael) Everybody has to do their part, and when you know what you have to do you’ll be successful,” Terrell said.

Head coach Dabo Swinney seemed to have a similar mindset when talking to his players after the quick change at quarterback.

“No, he didn’t really come at us like that, he told the whole team as a whole that we really have to push through, because the game isn’t over, it’s just next man up,” Terrell said regarding Swinney’s message to the team.

Syracuse proved to be a difficult win for the Tigers. Going into the fourth, the Tigers were down 23-13, with not much momentum flowing. Whether it was the pumped-up rendition of “swag surfing” put on by Christian Wilkins and his fellow defensive linemen or a quick message between coach and player, Terrell knew it wasn’t over yet.

“The game wasn’t over. We all knew we still had a chance, so the whole team just got up and we all just came through,” Terrell told TigerNet. “We came together as a team. We put the team on our back, on both sides, and we all just knew that we stood a chance to come through.”

After a bomb-dropping week for the Tigers, Syracuse seemed to be another stop on a forward-moving ride.