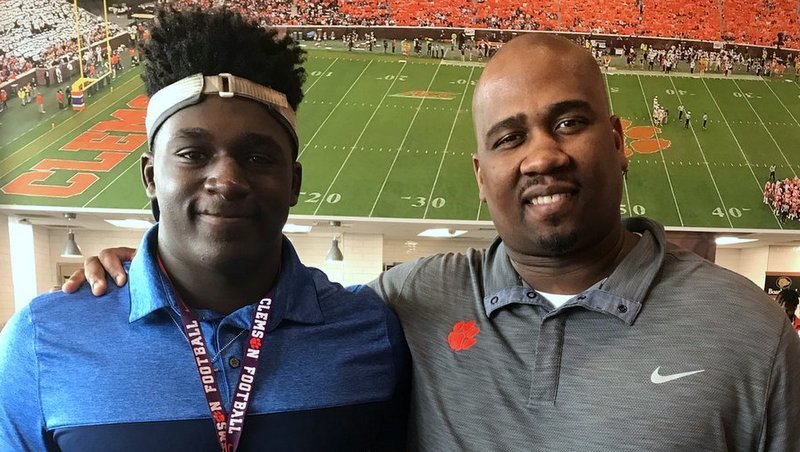 Clemson’s defense is one of the best in the nation thanks to a defensive line annually recruits and develops the nations best players. Defensive coordinator Brent Venables added a huge piece to the 2019 recruiting class Monday with the addition of defensive tackle Tayquon Johnson of Williamsport (MD).

“I picked Clemson because of how they run their program,” Johnson told TigerNet. “They are raising young men into men and developing their talent on and off the field. I was down there for the second visit because my first visit was almost too good to be true. So I said I needed a second look on the thing and it felt the same, so I decided it was time to be a Tiger.”

“I fit in as a defensive tackle/nose guard,” he said. “I love how they have an aggressive playcall to the defense and their scheme fits how I play. and fits how I play. Coach Bates is an awesome coach along with a great father and a man. He puts character development first and makes you work hard so you can achieve your dreams.”

“Coach Swinney is a faithful man that loves all of his players,” Johnson said. “He wants to see all of them succeed in all areas of life along with the rest of his coaching staff. He has done a wonderful job working with me.”

What are the Tigers in getting in Johnson?

“A great young man who is willing to be tough and hard-working football player that will put in work every play, every down and every second that they ask me to,” Johnson said. “Even if they don’t, I will still work hard.”