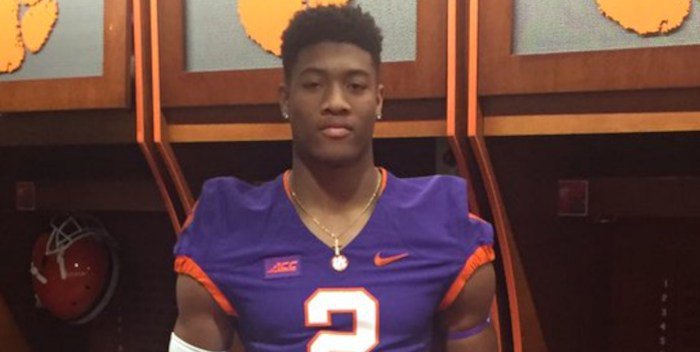 Xavier Kelly will get a chance to play this season

The rest of the 2016 recruiting class moved into Clemson Sunday afternoon, the unofficial start of their college football careers.

Fall practice doesn’t begin for another six weeks or so, but it’s always fun to look ahead and guess which of the newcomers can or will avoid a redshirt this season and early playing time. Out of the 2016 early enrollees, we know that players like Dexter Lawrence, Tre Lamar and Shaq Smith will all see playing time, especially after solid showings in the spring.

But, how about the new kids on the block? It’s obviously a guessing game – even a small injury can delay the start of someone’s career, and sometimes kids don’t respond to the pressure the way the coaches would like. But here are some early guesses:

*Xavier Kelly, defensive end. Almost every time we talked to Clemson head coach Dabo Swinney about his defensive ends during the spring, he would bring up that Kelly had a chance to come in and play early. At 6-5 and 255 pounds, he already has the size to compete. Defensive coordinator Brent Venables also mentioned that Kelly can compete for playing time, and in all my conversations with Kelly throughout the spring he told me he was coming in with the mindset he can earn a job. VERDICT: Avoids a redshirt.

*Trayvon Mullen, defensive back. Clemson’s secondary has question marks, and one player didn’t step forward and outright claim the starting corner job opposite Cordrea Tankersley. Mullen has excellent cover skills, but will have to battle Marcus Edmond, Ryan Carter and Mark Fields for playing time. Add in the fact that Adrian Baker could be back in October, and you have to wonder where he would fit in. He will have to show a lot in camp. VERDICT: On the bubble. 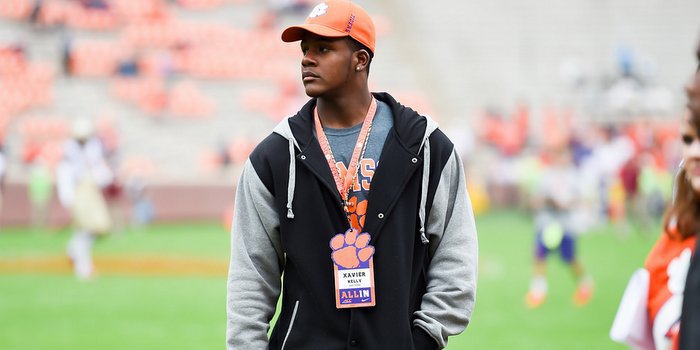 Xavier Kelly will get a chance to play this season"

*Zerrick Cooper, quarterback. Cooper has a unique skillset and might just be the quarterback of the future, but with scholarship players Deshaun Watson, Tucker Israel, Nick Schuessler and Kelly Bryant already on the roster, he will likely sit and learn this season. VERDICT: Redshirt.

*Tavien Feaster, running back. I can’t quite figure this one out. Feaster is fast and can help on special teams and the Tigers can also build in packages where Feaster splits out at wide receiver. But Wayne Gallman and Adam Choice will get the majority of the carries this season, and the coaches will be careful with Feaster (shoulder surgery) at the beginning of camp. At first blush, it seems easy to say he will play right away, but I will hedge my bet just a little…..VERDICT: If he’s healthy during August, the coaches will find a way to get him on the field.

*K'Von Wallace, defensive back. Clemson lost safeties T.J. Green and Jayron Kearse to the draft and Jefferie Gibson transferred out. The coaches immediately went after Wallace with safety in mind, and I’ve been told he could be one of the real surprises this season. VERDICT: On the bubble.

*Isaiah Simmons, safety. He’s another that came on board after the defections at safety, and his athleticism is off the charts. Like Wallace, fall camp will be big for him and whether he can show enough to earn early playing time. VERDICT: Also like Wallace, he’s on the bubble. For now.

*Jamie Skalski, linebacker. Skalski is interesting simply because he can kick off as well as play linebacker. If he proves adept enough at the job will the coaches burn a season letting him handle kicks? I’ve heard good things out of kicker Greg Huegel this spring and summer, and I think he wins that job. VERDICT: Redshirt.

*Cornell Powell, wide receiver. Powell showed off his kick return skills at the Shrine Bowl back in December, and he could earn early playing time in the return game, The Tigers haven’t had an elite returner in a while, and Powell is also good enough to hold his own at receiver. VERDICT: I think his return skills help him play.

*Diondre Overton, wide receiver. Overton is an interesting case. He can play, but the position he plays is manned by Mike Williams and Trevion Thompson. Can he show enough in camp to be considered a part of the three-deep rotation? VERDICT: On the bubble.

*T.J. Chase, wide receiver. Like Overton, has plenty of good players ahead of him on the roster. VERDICT: On the bubble.

*Will Spiers, punter. He’s another interesting one. The backup punter – from what we’ve heard – is wide receiver Hunter Renfrow. Maybe Spiers can do enough in camp to show that he deserves a little game action. VERDICT: On the bubble.

*John Simpson, offensive line. If Simpson had enrolled early – like Sean Pollard and Tremayne Anchrum – maybe he could have cracked a three-deep and earned a shot to play. Right, now, however, he redshirts.

*J.C. Chalk, tight end. Jordan Leggett, Garrett Williams, Milan Richard, Cannon Smith and D.J. Greenlee are all ahead of Chalk on the depth chart. He redshirts.

We will know more once we get through a few weeks of fall camp and injuries and attrition begin to take their toll. We will revisit it then.