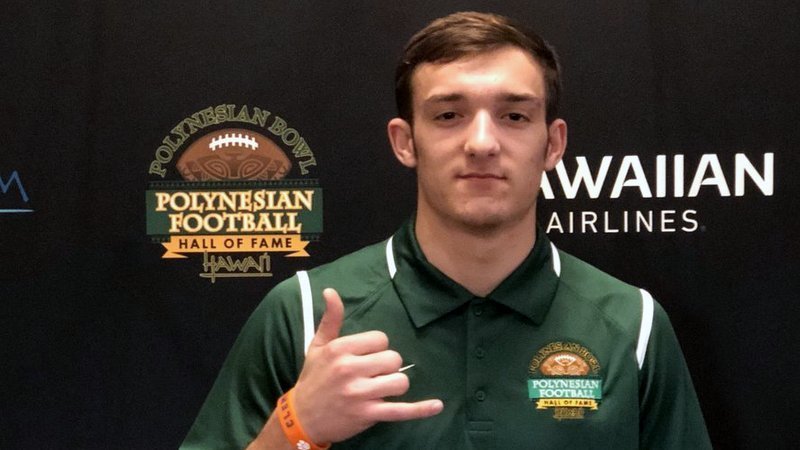 Potter will be on campus in a few weeks

BT Potter has no doubt he made the right choice.

Despite having numerous offers from many of the top schools in the country, kicker BT Potter out of Rock Hill (SC) South Pointe chose to make Clemson his home for the next four years.

Measuring in at 5-11, 165, Potter, a Rock Hill native will be joining the Clemson family sooner than later, moving into his new home in a few weeks. Potter is ranked nationally by many scouting services as the nation’s top kicker, and his commitment could help assure a strong kicking force after veteran kicker, Greg Hugel’s, time at Clemson is up.

“Yeah, I’ve been talking to Greg (Hugel) and Alex Spence a good bit just about how practice is going, abbot how work-outs are going, and how to manage my time with school and everything, they are really helping me out,” Potter said.

The work doesn’t stop for Potter after his commitment - this spring has been full of work and focus, preparing Potter for his next stop in football.

“I’ve been working with my coaches mostly on consistency with field goals, and my kick off like directional. I’m just trying to make my variety of kick better before going into college, just make sure I can do everything they want me to do,” he said.

Potter, like many other commits, has already been in contact with coach Jeff Scott, inducting him into the Clemson family.

“Well I’ve been talking to coach (Jeff) Scott the most, we’ve just been talking about how I’ve been doing this spring and moving in June, just stuff like that,” Potter said.

The switch from high school to college football can be difficult for some young athletes, but according to Potter, that’s the most exciting part.

“I’d say mostly I’m just looking forward to the change from high school to college. It’s going to be different, but I’m really ready for the game day atmosphere, and all of the facilities, and how different it will all be,” Potter told TigerNet.

>ESPN.com says this of Potter: STRENGTHS: Potter has one of the fastest, most explosive legs, in the country. He maximizes his frame well and creates leg speed that not many nationwide can match. The ball explodes off his foot and he creates great trajectory on his kicks. AREAS OF IMPROVEMENT: Continuing to create clean rotation on his ball flight will be a focus point that should help him maximize his leg strength. BOTTOM LINE: Potter should compete immediately for the staring spots in both field goals and kickoffs. He kicks with a high degree of confidence and has great command of his athleticism. One of the more coordinated athletes in the class, he is smooth and explosive.