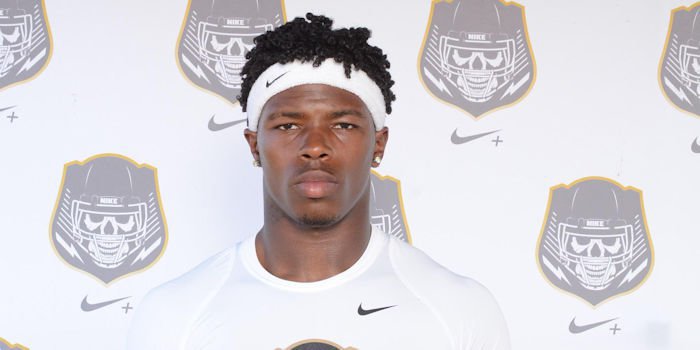 The stellar running back out of Orange City, Florida's University High School – who's rated No. 2 nationally at his position by 24/7 and No. 23 overall for the 2018 recruiting class – told TigerNet recently that an official visit to Clemson is “definitely” in his future, along with a workout at Dabo Swinney Football Camp.

“I like how Clemson doesn't have just one standout player,” Lingard said. “What really impressed me was when (they) played the North Carolina Tar Heels (in the ACC Championship Game), every guy on the field did their job in a special way. And I like how that stood out to me. And I like how the coaches pick the right plays to put their players in a position to win the game.”

Lingard is one of the most coveted prospects out of the Sunshine State for 2018. He has previously listed both Florida State and Miami as frontrunners but said by phone Tuesday that he no longer has a favorite, or even a list of top schools. He has also been heavily recruited by Florida and Ohio State. He spent the summer attending camps at Miami and Alabama and making unofficial visits to Auburn and Ohio State.

“I don't have a list right now, but I have a couple that I look to that stand out,” he said. “And Clemson … I have lots of interest in them.”

Attending a game in Death Valley this season is a real possibility, he said.

“My dad's been saying a lot about he wants to take a trip up to Clemson, so most likely, yeah, if we find the time.”

Despite missing three games with an ankle injury his sophomore season, Lingard tallied 677 yards and nine touchdowns for the Titans of University High. A 1,000-yard season is certainly within reach, but his goals for this coming season are as modest as the premier national prospect is when discussing his talents.

“I want to lead the county (Volusia) in rushing yards. And Central Florida,” he said. “Maybe get 13 or 14 touchdowns. I need to work on leading away from my blockers.”

On his highlight reel, Lingard can be seen juking defenders almost at will, whether breaking free around the corners or carving out the slightest of openings up the middle. The Clemson coaching staff, he said, has liked what they've seen.

“They said I look really good on film,” he said. They'd like to get me into a camp and let me check out the campus and see how I'd fit in. They like my game intensity, and just my size and determination.”

The junior already holds offers from Clemson, Alabama, Florida, Florida State, Georgia, Georgia Tech, Tennessee, Oklahoma, Ohio State and South Carolina, among others. But for now, he's less concerned with the recruiting process and more focused on the season at hand. Strength and conditioning, he said, have positioned University for a banner year.

“We're expecting to have a great year – health-wise, body-wise,” he said. “Guys have been pushing hard in the weight room. And (Tuesday) at our second practice, the coach killed us in conditioning. So we're looking to have a pretty fast, great team.”

Lingard said he'll definitely have his eye on the Tigers as they try to return to the National Championship stage and bring home a title. Will Clemson be able to handle the hype of sky-high expectations?

“If the guys are working hard and staying humble, most likely yes,” he said.