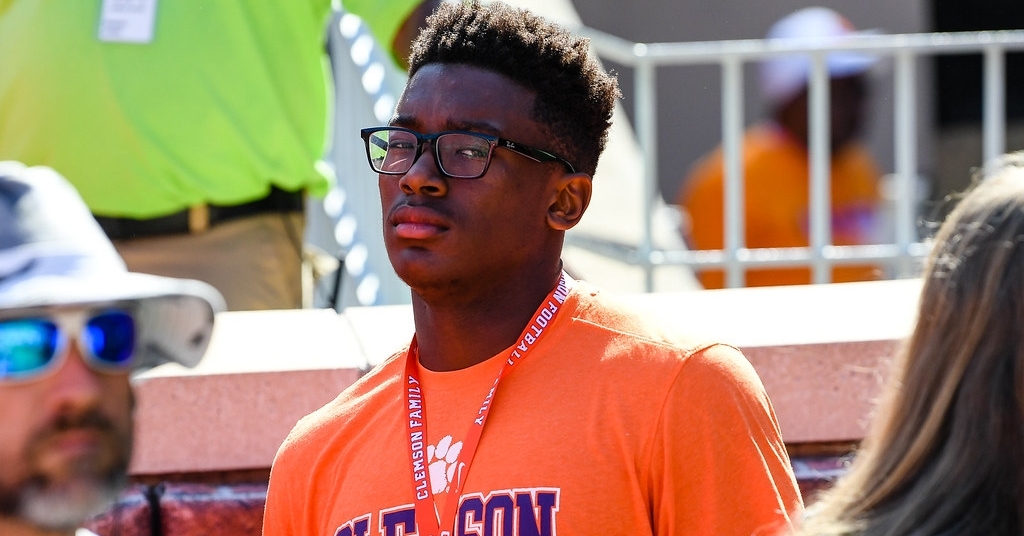 Carter visited Clemson last fall for the win over FSU

Clemson fans love their school and their campus, but it means something when a recruit sees the place as perfect. Especially when the recruit is the nation’s top linebacker.

Barrett Carter is a 2021 4-star inside linebacker prospect out of Suwannee (GA) North Gwinnett who boasts 54 offers, and he visited Clemson last weekend with his parents. One of the top defensive targets for the Tigers in this cycle, Carter had last visited campus for the win over FSU last fall.

“When we got to Clemson, I knew where I was already because we have been there three times already,” Carter told TigerNet. “I am very comfortable with Clemson and the city. I felt at home at Clemson. It's a great environment there. The coaching staff is so welcoming. I love how Coach Swinney is very Christ-based. That sticks out about a coach.”

While on campus, Carter and his parents spent time with both head coach Dabo Swinney and defensive coordinator Brent Venables.

“It was me and my parents and Coach Swinney,” Carter said. “He was just telling me how glad he was that we were there at Clemson and how I am a priority for them. When I was talking to Coach Venables, it was a little bit about football, but he was also talking to me about being a great man and a great husband. You have to balance it out.”

During the discussion with Venables, the Tigers’ defensive coordinator told Carter he reminds him of someone: Isaiah Simmons.

“I am not 6-4, I am just 6-1, but I am a shorter version of Isaiah because of how versatile and athletic I am. That is a huge compliment to me,” Carter said. “I would say that I am very versatile. I can cover anybody on the field. I can also play in the box. I am sideline to sideline and I am pretty fast. I can cover a lot of ground and make plays all over, My versatility is what sets me apart. I can make plays all over the field. It's my dream to play in the NFL, so to see how he develops linebackers speaks volumes to me.”

The family also spent time away from the football complex.

“We got to tour the campus and the entire facility,” he said. “I have toured the facility before but I had never toured the campus before. It was just beautiful. Every building was nice and all the people were nice, and everything about Clemson is perfect.”

Clemson is in that group because having an offer from the Tigers means something.

“I don't have any visits planned right now, but we are trying to get back to Clemson for sure,” Carter said. “I do have my top group but I prefer to keep that private. Everyone thinks that Clemson is this big football school and it's just football, but they are so much more than that. But Clemson has offered something like 60 kids in my grade, and it shows how having that offer is so prestigious and a blessing. They are very picky in how they recruit and it's just a blessing to have an offer from them.”