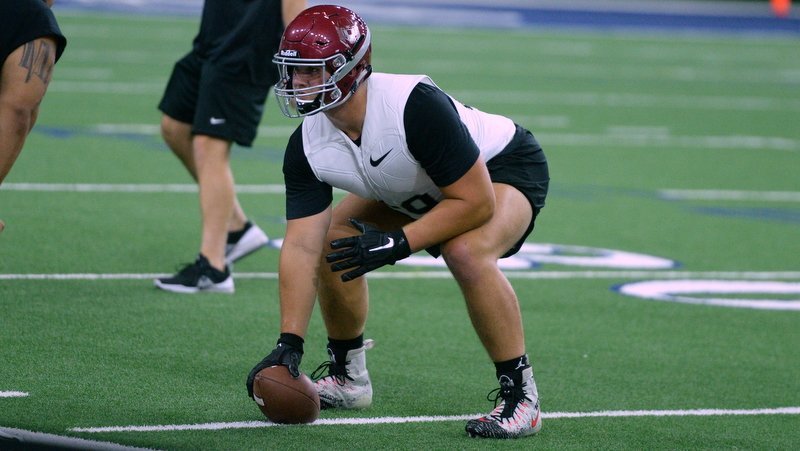 Webb works out at The Opening Monday

FRISCO, TX – Clay Webb is the number one center in the country and he’s had a busy six weeks.

Before arriving in Texas for The Opening, Webb competed in the Rivals 5-star Challenge and took visits to Alabama, Clemson, Georgia and LSU.

Don’t think, however, that Webb has used the trips to be a part of a big social scene. He doesn’t work that way. Instead of wanting college coaches to give their respective recruiting pitches. Instead, he spends his time working on improving his craft.

That includes the time spent at The Opening, where he took every lesson to heart despite not being able to put on shoulder pads and a helmet.

“You're not allowed to wear pads or helmet during any summer competition if you’re from Alabama,” Webb told TigerNet Tuesday. “I know it's for safety reasons, but it really hindered me and my buddy Pierce (Quick) from being able to compete and achieve what we wanted to this week because we could only compete with one other guy. It was really disappointing.”

It didn’t stop him from learning, however.

“I've been able to see how the NFL coaches coach and I was able to take stuff from them that I've never seen before. It's definitely been an eye-opening experience,” Webb sad. “It was pretty fun just getting to do stuff, but the part I enjoyed most was just getting to hang out with the guys.”

Webb says he isn’t ready to name any leaders and isn’t sure if he will make the All-In Cookout. Now that he will have a few weeks off to think about his summer visits, he might come up with a list of leaders.

“They're definitely in it,” Webb said of Clemson. “I'm not sure when I'll make it back to Clemson, but I'll have to check my schedule.”