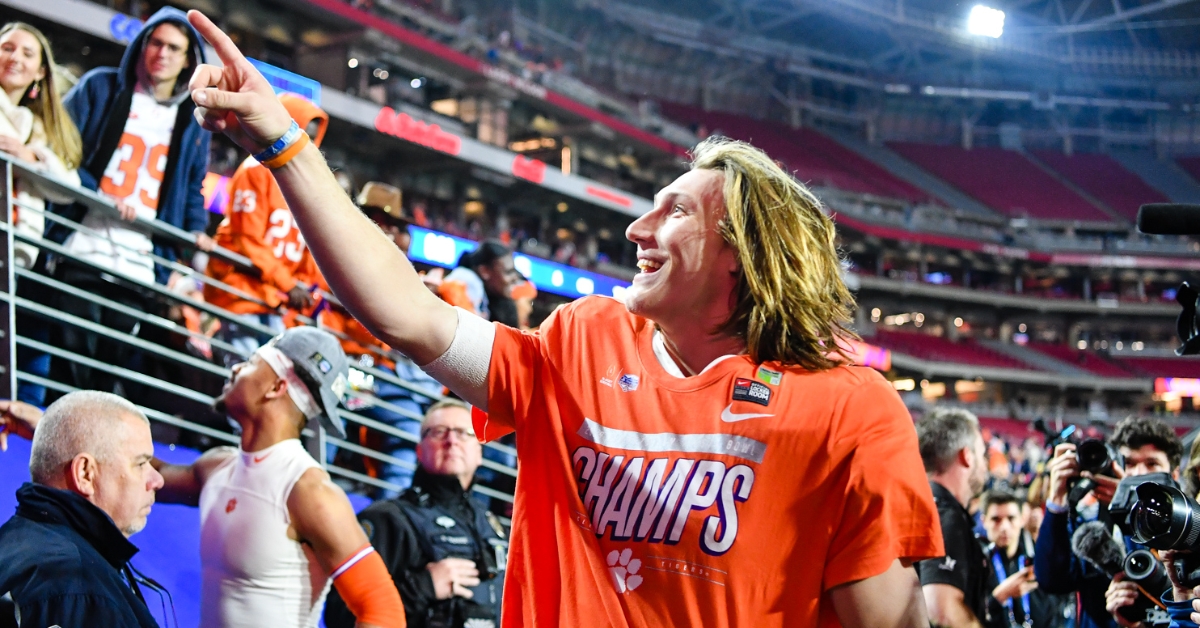 Lawrence is using his name for a good cause

The NCAA has decided to allow Clemson quarterback Trevor Lawrence and his girlfriend, Marissa Mowry, to continue their fundraiser to help families affected by the COVID-19 virus.

The sophomore quarterback started a GoFundMe campaign with his girlfriend Marissa Mowry that had already raised $2,670 before Mowry informed potential donors on her Instagram page that they were forced to deactivate the fundraiser to avoid violating NCAA rules.

"Unfortunately, though, Trevor cannot be a part of this anymore due to compliance and some rules, so he can't help out anymore," she said in a video. "And also, we have to take down the GoFundMe page."

The NCAA has since said they didn’t stop the fundraiser and will allow it to continue.

Clemson University's compliance office saw the post Tuesday morning and fearing that it would break NCAA rules, ordered the fundraiser removed. The NCAA saw the story and stepped in and took action.

In a statement released Tuesday, the NCAA said:

The NCAA did not ask Trevor Lawrence, to take down his fundraiser for COVID-19 patients and their families. We continue to work with member schools so they have the flexibility to ensure that student-athletes and communities impacted by this illness are supported. And we applaud Trevor for his efforts.

The money they raised will go to Meals on Wheels and No Kid Hungry.

"I very much appreciate the NCAA looking into this and responding quickly. Acts like (Trevor's) are important during this time of national concern," Radakovich said.

The university also released a statement:

In light of current circumstances surrounding COVID-19, the NCAA reached out to Clemson Athletics this evening, informing us that they are waiving restrictions that have been in place and are now allowing institutions to utilize discretion with respect to fundraising efforts. We applaud and appreciate their swift action in permitting this activity to help people in a time of need.

"Shout out to the NCAA. Thank y'all so much for granting a waiver," Lawrence said. "They're allowing us to raise money now, to continue to raise money for what we were doing originally. Again, I just wanted to thank the NCAA really. Everyone's made them out to be the bad guy, but it was more just so the rules that have already been in place. They've done a really good job of responding and actually allowing us to do it. Thank y'all."