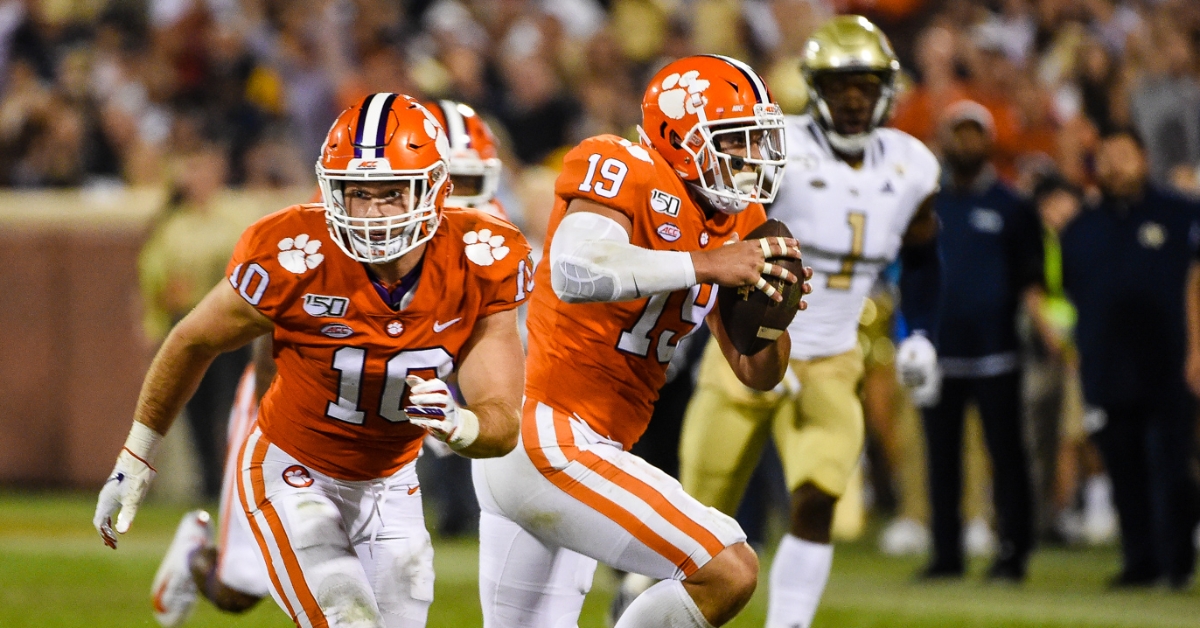 Tanner Muse wants the NFL to know he’s versatile and can play all over the field.

Muse ended his Clemson career with outstanding numbers. He is credited with 237 career tackles (10.5 for loss), 15 passes broken up, 4.0 sacks, seven interceptions for 102 yards (including a 64-yard return for a touchdown), a forced fumble and a 63-yard fumble return for a touchdown in 1,921 snaps over 59 career games (39 starts). At the conclusion of his Clemson tenure, his 59 career games played ranked tied for the most in school history with Christian Wilkins, Cannon Smith and K’Von Wallace.

NFL Draft analyst Tony Pauline has Muse going in either the third or fourth round, and Muse feels like his strong Pro Day results (he ran a 4.38 40-yard dash) helped his cause.

“We had Pro Day, which is really good. Glad we got that in. It was really big for me and our guys,” Muse told TigerNet. “I went down to Charleston and that's kind of when it all hit. I had a workout with Texans that Sunday following, so I was on the way back and it got canceled. So, I haven't had any workouts because this pandemic has been rough on us. But I have had video conferences and talks on the phone, things like that, with a lot of teams, so that part's been good. Just trying to just keep a good schedule during this.”

Isaiah Simmons is likely to be a top-five pick because of his versatility, but Muse also fits the profile of a player who can play multiple positions.

“Yeah, definitely. That's really what the talks are about with these teams,” Muse said. “Teams want to put me in different positions at the linebacker spot. They know I can play safety like I played in Clemson, but just trying to figure out where I can go. And a lot of teams would say, ‘We see Isaiah does a lot of these things but you do as well.’ And I tell them we're very versatile in what we do because Coach (Brent) Venables has done a great job of just allowing us to learn different positions and be able to just go wherever we need to on the field.

“Which has really been good for me because I can talk it on the film and over the phone. I just tell them whatever player they're looking for, I can be that. I mean I played a lot of ball, I've seen a lot of things. I'm an old hand now. I just feel like I'm very skilled in a lot of different things.”

What is he hearing about a possible landing spot?

“We are hearing day three. So, whether that's fourth, fifth or sixth round, we'll see,” Muse said. “The main thing is nobody's had pro days, nobody's done their due diligence and things like that. So, it's hard to fill out teams, but we'll see. I'm not really too hooked up on where I go, in the placement of numbers, what round, whatever. I just know if I get to a place that I will be a top-notch guy.”

Muse plans to watch the draft from his home in Belmont, NC, with his family.

What is his favorite Clemson memory?

“There's a collection of memories that I have with a bunch of the guys,” he said. “Just the relationships I've built. But as a player, probably the national championship game that we won in 2016. I blocked the punt. That was kind of where I made a name for myself, just for the team to know who I was, and for myself, just showing myself that I belong.”