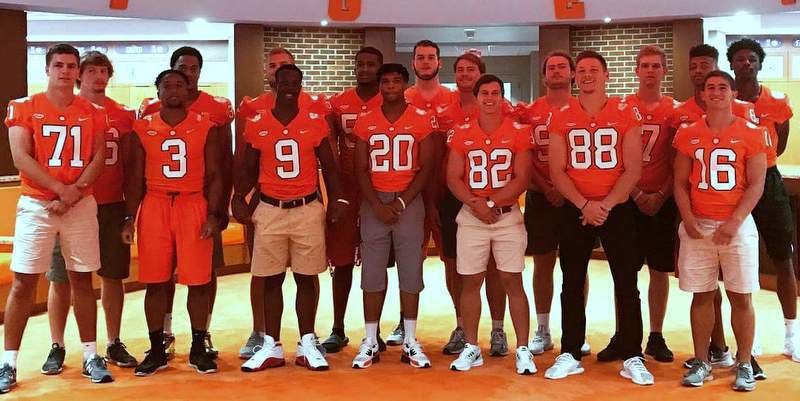 The rest of the 2017 class poses for a picture Sunday

With a trip to the White House and Dabo Swinney’s high school camps in the books, the 2016 season was complete and move in day for the 2017 Clemson football signees signals the beginning of a new season.

This group will join early enrollees Baylon Spector, Blake Vinson, Hunter Johnson, Logan Rudolph and the rest of the team in summer school and summer workouts as they work to prepare for the start of fall camp, which begins on August 4th.

With the loss of Mike Williams and Artavis Scott at wide receiver, many wonder if Higgins and Rodgers can come in and make an immediate impact. Higgins told TigerNet his goal is to compete for a starting spot right away.

Rodgers echoed the sentiments of his friend and roommate.

Terrell and LeAnthony Williams will try and break through the two-deep in a young defensive backfield and capture early playing time, while Foster will provide depth at linebacker and Jordan Williams at defensive end.

Bockhorst hasn't played in a game in a while, and he's ready for the competitive nature of college football.

Who can learn the playbook and make enough of a splash during summer workouts and fall camp to avoid a redshirt? Only time will tell.