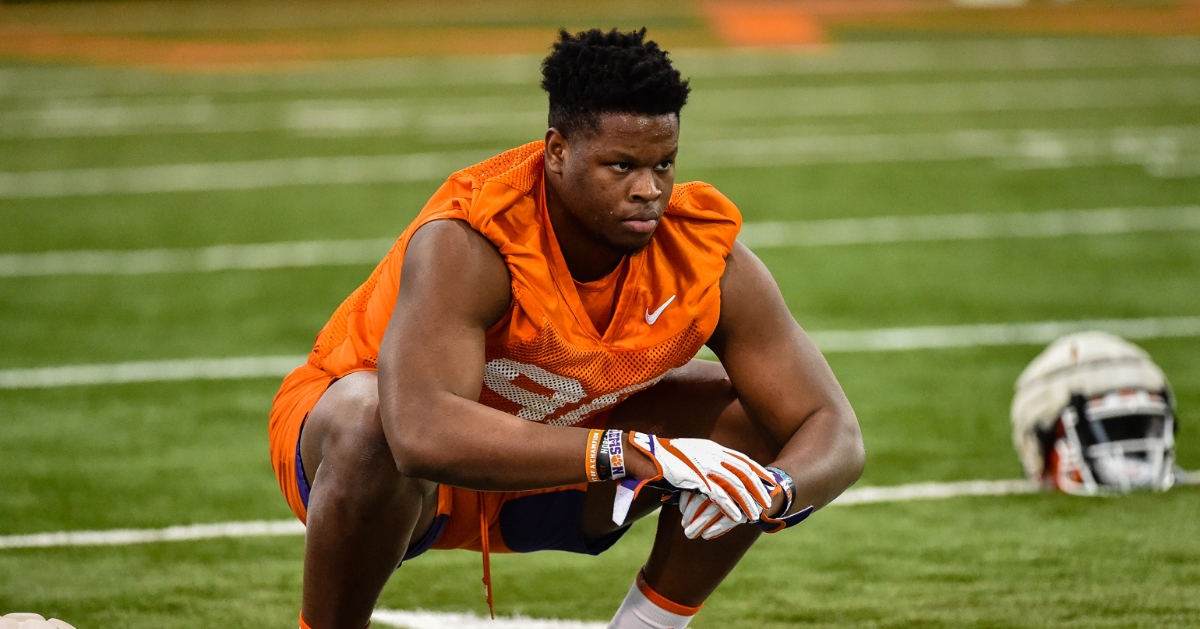 Uiagalelei says the friendliness of people in the Carolinas has stood out.

High-impact freshmen could very well be the story of the 2020 Clemson football season after impressive debuts in the 37-13 Tigers win over Wake Forest Saturday.

Two of the Tigers’ five-star freshmen -- defensive end Myles Murphy and quarterback DJ Uiagalelei -- met with the media Monday for the first time on campus after seeing their first action, with Murphy leading the way defensively in team-highs with tackles (7), tackles for loss (3) and sacks (2).

Here are the quick highlights and notes, with stories to come later:

* Murphy says his debut “was special” and he said he was nervous to begin with but that all faded on his first contact. He said the game felt like what he’s done to this point on a football field.

* He said he took advantage of some opportunities in facing tight ends, H-backs and running backs against Wake Forest and that they’re taught “to dominate” those chances.

* He says it’s a battle every day against Clemson offensive tackles Jackson Carman and Jordan McFadden. They were battle-tested going into the game Saturday.

* On Brent Venables’ system, he says he is coming along well with the playbook but Venables keeps adding to it and that’s what makes the defense so good.

* Murphy said that the NFL reputation of Clemson and the development of players as people and players brought him to Clemson. He is “appreciative” of the process at Clemson. 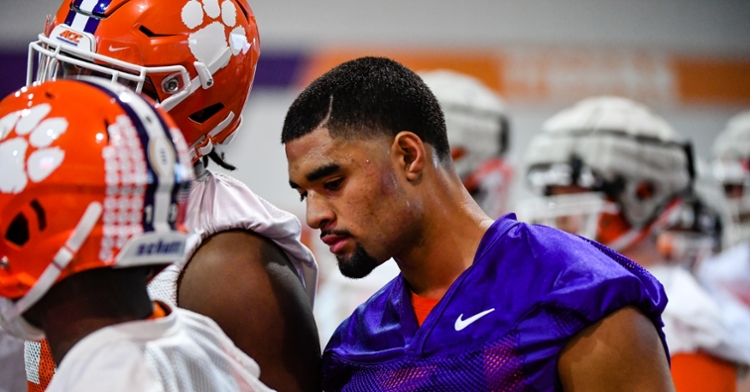 Uiagalelei says the friendliness of people in the Carolinas has stood out. "

* He said he looked up to Myles Garrett and Aaron Donald in terms of pro defensive players growing up. He believes he has a similar frame and playing style to Garrett.

* Clemson defensive coordinator Brent Venables says he’s “really excited” by Murphy. Has so much natural ability -- powerful and physical. Usually that’s the last thing that comes for young players and he’s had that from day one. Loves to mix it up at the line of scrimmage. Said it’s remarkable how cerebral he is and he’s humble and takes coaching well. Venables says there’s still more to go on his ceiling and he will get better and better as he plays. His work ethic will aid that process. Venables says Murphy is “a hot stock” he would buy all day because it’s only going up.

* Clemson linebacker James Skalski compared Murphy and Bryan Bresee earlier Monday to Christian Wilkins in terms of talent and impact on the field.

* Uiagalelei said life in Clemson has been everything he wanted and everything he was told it would be. Things are different from Southern California to South Carolina and he added that he thought people are nicer in the Carolinas.

* He called game one “a great experience” and his family getting to see him on TV back home. He loved seeing the social media reaction to his getting in the game from his family members.

* He said Trevor Lawrence is the best player in college football and he tries to take notes on everything he does to “see what makes him great” on and off the field. He said Lawrence’s approach to the game and mindset is what he’s noticed so far. The seriousness of Lawrence in every aspect stands out. He is accountable to the team on and off the field, Uiagalelei said. Uiagalelei didn’t see starting right away as a priority in recruiting and cited Aaron Rodgers sitting behind Brett Favre with Green Bay in the NFL as an example.

* Uiagalelei says “most likely” he will not play baseball at Clemson but “it’s always an option.”

* Uiagalelei said he was told Friday before the game that he would go out after Lawrence. He said “it felt really good” and a big honor. He wants to do his part for the team.

* He said grasping the offense was harder than he expected. Whole other level from high school and he’s stayed in his notes and studied and asked questions to get to this point. Brandon Streeter is working on his footwork most on the field.

* He said Clemson being “Wide Receiver U” was a factor in coming to Clemson.

* Uiagalelei says it’s an honor to be compared to Deshaun Watson and Trevor Lawrence coming in, but he’s focused on being the best teammate he can be.

* He said his first memory of Clemson on the West Coast was when Tajh Boyd was QB and throwing the ball deep to Sammy Watkins and DeAndre Hopkins and thinking that was the kind of offense he wanted to be in.

* Uiagalelei is roommates with Bryan Bresee and he said Bresee’s athleticism “is through the roof” and he’s a smart football player.

* Uiagalelei said he’s not the fastest guy on the field but he moves well for his size and likes to go North-South and be physical as a runner.

* Skalski said Monday that he was wondering how it would work out for opposing defenders to try to tackle Uiagalelei. They aren’t allowed to tackle QBs in practice but he could imagine the challenge bringing down a 250-pound QB who can move. He said he thought Uiagalelei ran the offense well in the limited action Saturday.

* OL teammate Will Putnam said the hype on Uiagalelei’s arm is real and he’s seen him throw the ball further than anyone he could remember.