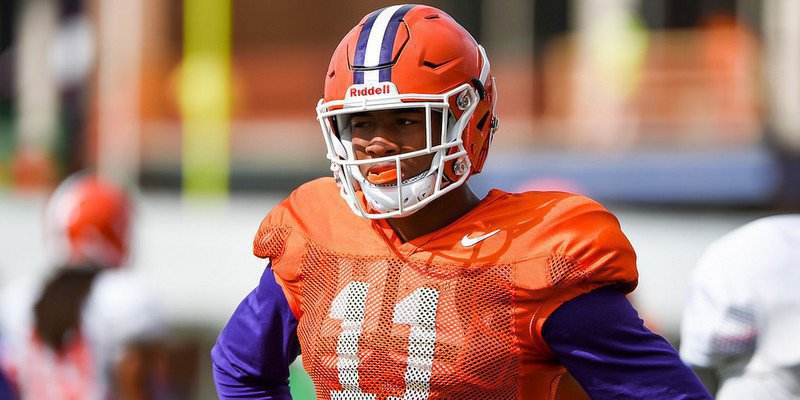 Tanner Muse will play a bigger role this season

SUNSET - Mickey Conn stepped into the role as the coach of Clemson's safeties in January, and he knew he had talent on hand. What he didn't know was just how good some of the younger players are, and now he's looking forward to coaching the next wave of great Clemson playmakers.

Conn was hired as a defensive analyst in the spring of 2016, leaving his job as the head coach at Georgia's Grayson High School to join Dabo Swinney, his college teammate at Alabama. With the departure of two defensive coaches following Clemson's win over Alabama in the title game, Swinney moved Conn into a full-time role, allowing Mike Reed to coach the corners.

Conn got his first crack at coaching his new group in the spring.

"It was good to be able to interact and instruct the players," Conn said. "I really enjoyed that. Being with Coach Venables, I am learning a new defense from what I am accustomed to and trying to learn that. It's been great being able to get out there and coach and teach."

The first order of business for Conn is replacing Jadar Johnson, who has since moved on to the NFL. Johnson continued a strong run of success at the safety spot for the Tigers, including T.J. Green and Jayron Kearse (also both in the NFL).

"Jadar did an unbelievable job for our team and helped lead us to a national championship," Conn told TigerNet Tuesday. "He was a great playmaker, but I tell you what, we have some great playmakers coming. You have Van Smith coming back, and he will probably move over to Jadar's spot at the field (safety). I think that is better-suited for him. He has good speed and good range, and he is kind of the quarterback of our secondary back there. He can get everybody lined up." 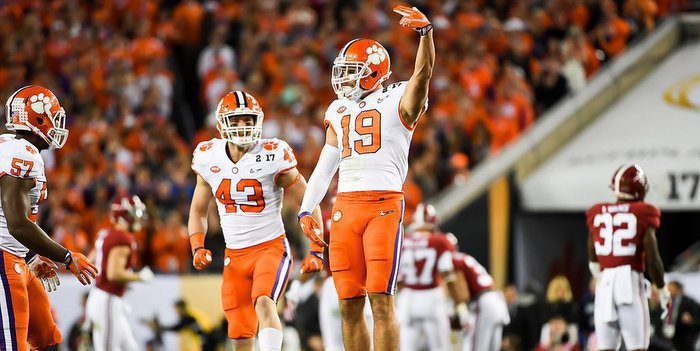 Tanner Muse will play a bigger role this season "

Conn said he's excited about the players that he thinks are ready to turn into major contributors.

"Tanner Muse ran a 4.36 the other day out there when he was timed. At 225 pounds. I think you are going to see a more physical presence there, a better tackler in space and a better tackler on the goal line and in the redzone," Conn said. "I think you will see a more physical presence there, and I think you will see a guy that is going to make plays. Every time you see Tanner get in a game, all he does is make plays. He intercepts a pass and runs it back for a touchdown. He blocks a punt in the National Championship game. When he gets the opportunity he gets it done.

"I think you are going to see something pretty special in him. He's fast as lighting. The biggest thing with Tanner is he knows he belongs. He is confident and knows he can do it. He is very confident in knowing the defense and knowing the details of the defense."

Redshirt freshman Isaiah Simmons is another one that Conn expects to see the field.

"And then Isaiah Simmons, he is unbelievable. He is 6-5, and he ran a 4.31 the other day when he was timed," Conn said. "That is ridiculous speed. And he will hit. He's a very physical player, and he's long and rangy. he can play both safety spots and in the nickel/SAM."

"Denzel Johnson, his change of direction is better than the rest of them," Conn said. "He can really cut on a dime and change direction. He is a physical player and as he gains confidence I think he is going to be a really good player. And Nolan Turner - don't sleep on Nolan. He has the best footwork and hips of any of them. The way he transitions - his dad played in the NFL and he has the pedigree to go with it. He's an unbelievable player and he gets in the spring game and picks off a pass. He is another guy that when given the opportunity he can make plays."

Leading the group, however, is Smith, the son of a high school coach who is the unquestioned leader.

"It's awesome (having a coach's son in Van Smith). He knows it and does know it," Conn said. "His dad has done a great job of laying the groundwork with his son. He came in as a freshman and played right away. He comes from a great program that got him ready and he is going to be the quarterback of the defense."