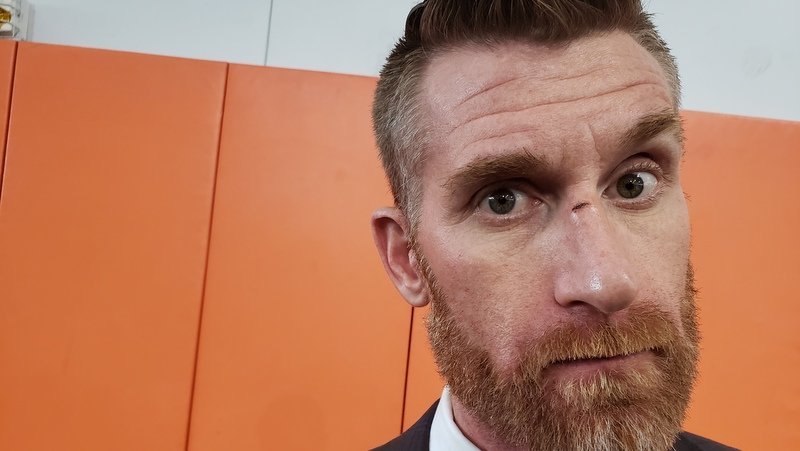 Marty Smith shows off his injury to TigerNet

CLEMSON – K’Von Wallace knew it all along.

Clemson’s starting 11 on both offense and defense met with the media Wednesday morning as part of the Tigers’ National Championship Media Day, and we have some team-related nuggets to pass along.

We will start with the status of the three suspended players, which includes defensive tackle Dexter Lawrence.

A Clemson spokesman told TigerNet that Clemson is still looking at all options for an appeal for the three Clemson players that failed an NCAA drug tests for a banned substance called Ostarine. Clemson hopes to have an update later this week.

TigerNet is hearing that the NCAA has told Clemson it has to prove that the student-athletes unknowingly took the substance - either it was given by the school or the player had no idea. In other words, the burden of proof is on the school to proof that the players weren’t culpable in any way for the substance being in their system.

All-American defensive tackle Dexter Lawrence, as well as tight end Braden Galloway and offensive lineman Zach Giella currently remain suspended for the national title game and are facing the loss of one season of eligibility.

In other words – it looks doubtful that any of the three will be able to suit up in California.

Clemson starting safety K’Von Wallace told me that he doesn’t look too far ahead at opponents, but he’s known since the beginning of the season that it would be Clemson and Alabama for the title.

“You want the two best teams, and we are the two best teams,” Wallace said. “I knew it would be us and Alabama. Look, Alabama is the dragon. They are Goliath. We have to go slay them. I don’t usually look too far ahead and I don’t pay attention to opponents until we play them, but you could see this coming.”

”They play angry and violent.”

Starting right guard Sean Pollard (who played center some against Notre Dame, in case you didn’t notice) said that Alabama’s defense knows how to bring the intimidation factor.

“They play angry. They are violent,” Pollard said. “But not in a bad way. They know how to control it.”

So how do you open running lanes against that Alabama front?

“You have to be physical right off the bat,” Pollard said. “I don’t think we were as physical as we needed to be last year. And our backs have great vision. Just cover up your guy and let Travis and those guys do their thing.”

ESPN’s Marty Smith and a camera crew are in Clemson for interviews, and Smith was sporting a nasty gash on his nose. He saw me and ran over and pointed to it, and instead of a great story about getting hit on the sideline or something heroic, he said, “My iPhone did this. Can you believe it? I dropped it and I was trying to catch it and flipped it right into my face. I need someone to get some makeup and cover this up.”

I had a hell of a run-in with an iPhone this morning. (Dropped it. Tried to catch it. It hit me in the face). Laid my nose wide open. Thanks to the @ClemsonFB training staff for the assist! pic.twitter.com/5A53I9U6gf

Just in case you were wondering, quarterback Trevor Lawrence uses Pantene shampoo on his hair. So….yeah.

”These guys are the real deal”

Wide receiver Tee Higgins is looking forward to the challenge of the Alabama defense.

Higgins said he knows he will have to block well on the perimeter.

“I always know I have to block like that,” he said. “I know that if I block, I get fed. I know if I block I will get the ball, and it will come my way.”

“I am ready to leave now. I have never been to California,” he said. “I don’t like to fly that much, but I wish the game was now. I’ve never been through this, so this is all new for me, playing in a National Championship.”

Hunter Renfrow is as humble of a superstar as you’ll ever meet. I asked him about the chance to make another great play in a championship game, and he said he would rather see his best friend get the attention.

“I was with Will Swinney the other day over at his house, and they have the Perry Tuttle Sports Illustrated there and it’s beside the cover of the one where I made the catch,” Renfrow said. “They are both signed, which is really cool. But I would be just as happy if we made a game-winning kick, and Will was on the cover as a holder. We would have three in a row. That would be awesome.”