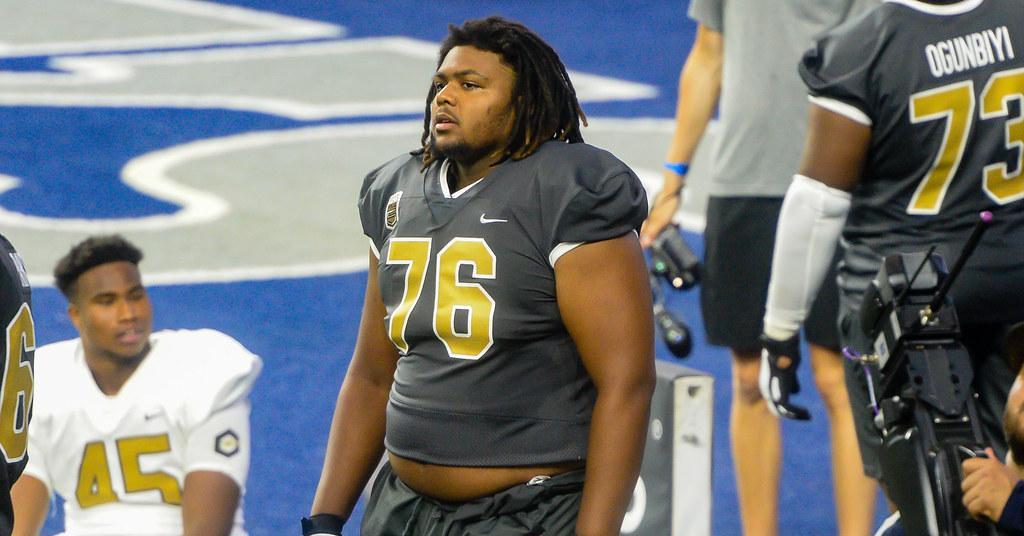 Mayes was one of the standout offensive linemen at The Opening

FRISCO, TX – The Clemson offensive and defensive line commits were the talk of The Opening Finals at Dallas Cowboys’ headquarters all week, and Mitchell Mayes came away impressed with all of his future teammates.

Mayes told TigerNet that he loved everything about going against his future teammates.

“It's great. That's great competition with a whole bunch of superstar defensive linemen. I just love the competition that I've gone against,” Mayes said earlier this week.

The best part though was just getting to spend time the guys that will be by his side next year.

“It's so fun. I understand that these are guys that I'm going to be with for the next four to five years. We're just going to grind together and get better together,” Mayes said. “Watching them compete against other guys, I cheer for them all the time. I make sure that I cheer for the Clemson commits when they're up. I just know that we're going to keep getting better, bonding and continuing to grow.”

His favorite moment of the week? Seeing Parks have success against the second-ranked player in the country.

“My favorite memory of the week will probably Walker doing really well against Bryan and against really good competition,” he said.

Mayes then took time to assess the play of his linemen.

"Walker Parks, easily. He's a soon to be 5-star, I'm calling that right now. He's doing great. His ability to stay strong against the bulrush. He has great hands and great feet. He can adjust really well to one move and go back to another. He's very mobile, very quick and powerful."

"Everything. He doesn't make many mistakes. I think the only loss he had was against Walker and that was just good-on-good. He has hands, he has feet, he has power. He has everything."

"He has really good hands, too. He was injured today so he wasn't able to go. Yesterday, you saw if he can just get one hand on you, he's normally going to win that rep."

"He did me dirty back in the Charlotte Regional. Demonte, he's a very good player. He has good feet, good hands and is powerful. I got him a couple of times, so it's fine."

"Big Groovy, that's what everyone calls him because he can move well. He's powerful. He's goofy, jiggy. He's all swag."