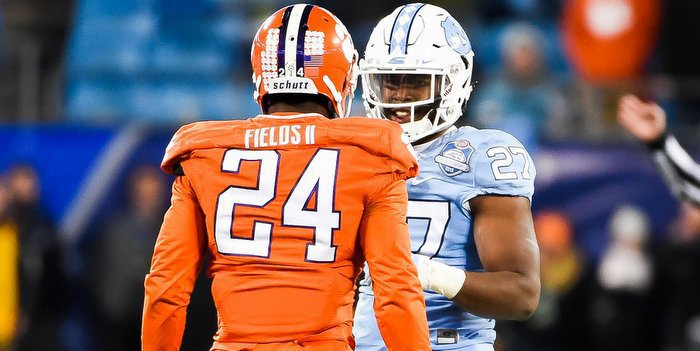 Mark Fields says he's been working harder than ever in practice.

CLEMSON – In the space of a few weeks, cornerback Mark Fields has gone from the outhouse to the penthouse.

Clemson head coach Dabo Swinney told the media two weeks ago that Fields needed to not rely on his athletic ability and that the sophomore needed to trust the coaches and his technique. At the time, Fields was locked in a battle just for playing time with Ryan Carter and freshman Trayvon Mullen.

Swinney said earlier this week that if the season started today, Fields would be the starter, saying Fields has shown the coaches what they need to see.

For Fields, however, it all comes down the working harder than ever.

“I've just continued to come out here and work and get better. I practice real hard,” Fields said Tuesday.

“I feel like my practice habits have changed from last year to this year. That's one thing that I just wanted to focus on and now it's starting to show up. I just continue to work every day in practice. I work on the little things of the position that will make it easier for you when the game rolls around.”

If Fields were to get the start at Auburn, he would be facing a Gus Malzahn offense that leans on misdirection in the run game and the deep ball to keep corners honest.

Fields said he would feel comfortable supporting the run or defending the pass. 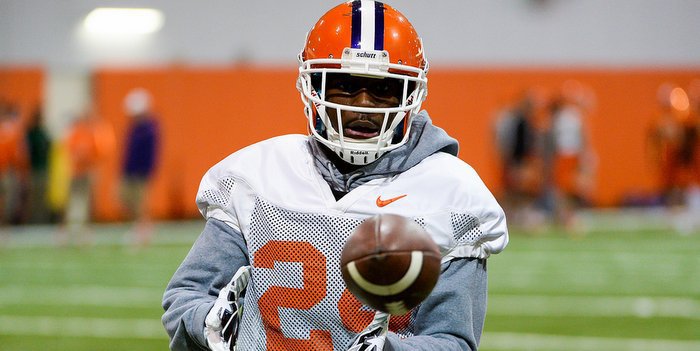 Mark Fields says he's been working harder than ever in practice."

“Absolutely. The deep ball is important. The run game is important. You want to be a well-rounded corner with the passing game and the run game,” he said. “Eyes are the biggest thing. Double moves and things like that, without great eye discipline that can really expose you. I would say eye discipline is a very important thing when it comes to playing cornerback.”

Now that he has the inside track to start, however, he isn’t going to change his attitude or his work ethic.

Clemson’s secondary is one of the major concerns heading into the season, but Fields says he thinks the fans don’t need to worry about the corners.

“I feel good. I feel like we have great corners on this team,” Fields said. “I really don't know where the concern comes from. I just know that we're out here working every day and grinding and getting better to prepare to play Auburn in a couple of weeks.”

In the meantime, he plans on showing why he deserves to start.

“I am just competing in practice every day. I want to show them why I deserve to be the starter,” he said. “I felt like last year I could've played more, but obviously, I didn't do the things I needed to, so carrying over from that I wanted to show them that I can step up and be that number one corner. Last year, I could've done better at my assignments. It was just the little things.”