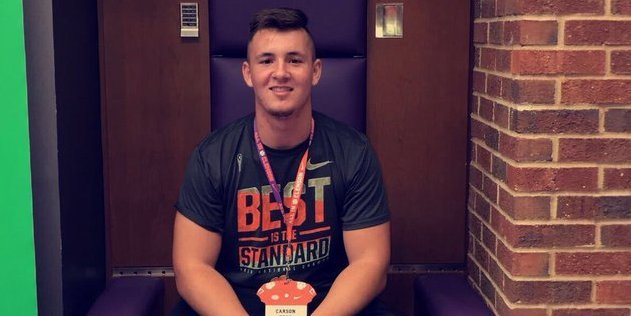 Long-snappers are usually the forgotten players on a football and the last to receive college offers – scholarship or walk-on – but Carson Todd is just waiting for a chance.

A chance to pursue his dream of playing college football.

The Mount Airy (NC) North Surry long-snapper and 2018 prospect attended Clemson’s win over Georgia Tech last Saturday and spent a lot of time with the coaches and touring the facility and it was an experience he won’t soon forget.

“I got to tour the Allen Reeves Complex, go down the slide, toured there weight room, saw where they watch film room and their practice facility,” Todd told TigerNet earlier this week. While we were there, I got to talk to Coach (Mike) Reed and Coach (Danny) Pearman. After we hung out there for a bit we went up to the stadium watched Tiger Walk, then we went down to where we go and sit before the game and ate and I played Madden 18 with some of the recruits then went on the field while they were warming up. I talked to Hunter Renfrow, Deon Cain, Amari Rodgers.

“I watched the special teams and the long snappers because that’s what I’ll be going to college for. I talked to Greg Hugel about how Clemson is as a program how he likes it there. Once they warmed up and got ready to go back to the locker room before the game I went up to where I was sitting and waited for them to come and pull up at the hill. I watched the game and then after the game I got to go in their locker room and watched them go crazy after a big win and listen to Dabo Swinney talk as he gave a speech and talked about how good his team did. It was a great experience. I love it down there and it would be a dream come true to be able to go there and long snap”

It’s easy to be wowed by the new Reeves Complex, and like many people, the slide was Todd’s favorite part of the experience. 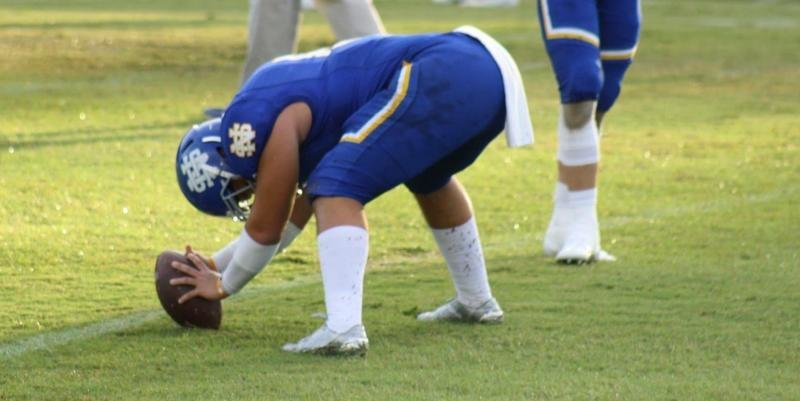 “Probably my favorite part was getting to go down the slide there, and getting to tour their game room. The weight room it’s unbelievable,” Todd said.

While the conditions weren’t perfect – cold and rainy to be exact – Todd said he enjoyed every minute of the game.

During his time with the coaching staff, Coach Pearman and Coach Reed preached patience and hard work.

“Coach Pearman’s message to me was to just keep firing the football back there and keep up the good work because they’ll be needing a long snapper,” he said. “Coach Reed’s message to me was for me to keep up the good work and not to just come to Clemson because of all the nice facilities and all that but to make my decision off the school about the education and to come to Clemson and get a degree and what is best for me in the future.”

With National Signing Day still over three months way, Todd said he will patiently wait and see what doors open and hope he gets an opportunity somewhere and maybe, just maybe, with the defending national champions.

“Next, as far as recruiting, is just to keep working hard and staying in touch with the schools I’ve talked to and the time will come,” he said. Hopefully, I’ll get a PWO (preferred walk-on) and choose which college I’ll be attending.”