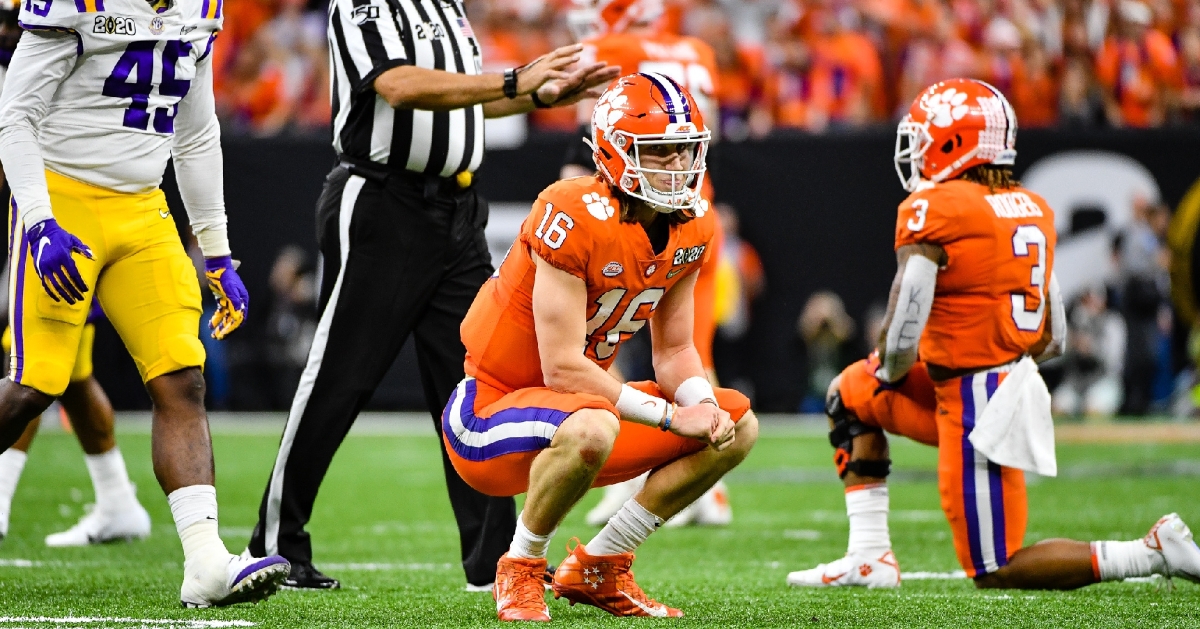 Trevor Lawrence walks off the field after the loss to LSU.

NEW ORLEANS, LA – Trevor Lawrence’s locker sat just inside the door of the Clemson locker room, and he sat in his chair, pads still on, long after many of his teammates had showered and headed to the buses. Offensive coordinator Tony Elliott walked over to Lawrence, sat down beside him and smiled while giving his quarterback words of encouragement.

Lawrence smiled at the impromptu pep talk - there will be better days ahead. In the meantime, Lawrence deals with the sting of his first collegiate loss.

“Yeah, it sucks. I think the worst thing is you don't get to go back and play with this group,” Lawrence said. “So for me that's the worst thing, just those seniors, especially the guys up front, some of the wideouts. It's just going to -- we're going to be fine. We'll be back. But it just sucks not getting to finish the way you wanted to with those guys.”

Lawrence admitted that it wasn’t his night.

“Yeah, it was a lot of different things. First of all, I think LSU did a good job,” he said. “They brought a lot of pressure, they did a good job mixing up the coverages. But at the end of the day, I just didn't play well enough for us to win. Too many missed plays by me, missed a lot of receivers, and it just wasn't my night.”

Clemson was just 1-for-11 on third down. 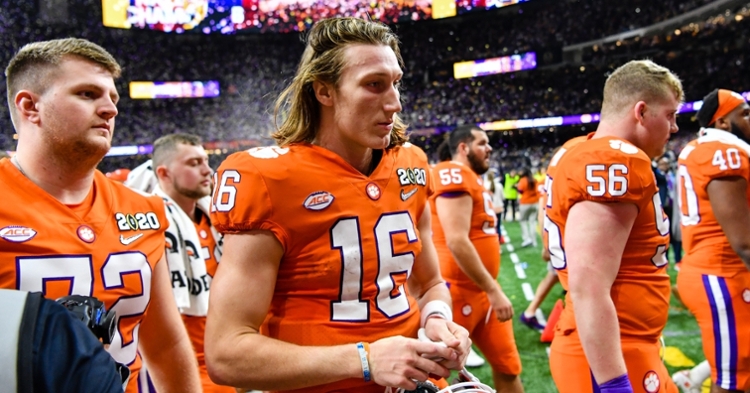 Trevor Lawrence walks off the field after the loss to LSU."

“Yeah, it was both for sure. I think a couple times they had us schemed up pretty good and they stopped us on 3rd down, then a handful, at least four, were missed throws or just them making a good play on the ball,” Lawrence said. “So, it's a lot of different things. But like I said, at the quarterback position if you're going to win games like this, you've got to play really well, and I just didn't do that tonight.”

Lawrence then said he has a lot of respect for LSU quarterback Joe Burrow.

“It was obviously a physical game. Any big game like this, when you're playing a really good team like this it's going to be physical. Just little things I know I can do,” Lawrence said. “I can be more accurate. I wasn't accurate tonight. Didn't put the ball where it needed to be, didn't give my guys a chance enough, and it comes down to that really, giving them a chance, and I just didn't do a good job of doing that.

“You get so busy looking for what's next, and a moment like this happens and you've got to -- man, it sucks, but you've got to look back on what you've done, and we've done some great things, and we've got a lot more in store ahead for sure. But it's just you've got to look back and enjoy all the things you did accomplish because what we were able to do is pretty amazing to be a part of. Just going to miss this group of guys, and I hate how it finished. But man, we did some really amazing things.”