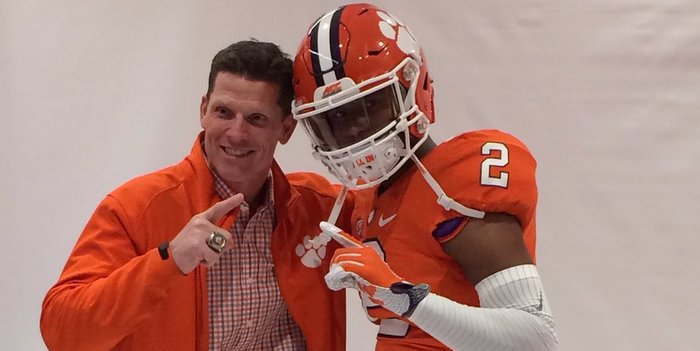 Kyler McMichael participated in Nike's The Opening Finals this past weekend in Beaverton, Oregon.

BEAVERTON, OR – Clemson’s lasting impression on Kyler McMichael was one that couldn’t be overcome as he made a final tour of suitors prior to his recent commitment.

The 4-star Duluth (GA) Greater Atlanta Christian defensive back made stops at Georgia, Clemson and Tennessee before finally closing in on a decision and choosing Clemson from a list of 16 offers that included all of the major players in ACC, Big 10 and SEC.

It was Brent Venables, Mike Reed and Clemson that won out after an early June visit to campus.

“I hung out with Coach Venables and Coach Reed the whole time,” McMichael told TigerNet at Nike’s The Opening Finals. “They took me around campus. It was a camp day for little kids, so I was able to talk with them and really get an idea of how they wanted to play me and how they do things. I'm a big, athletic corner, so they say I can play anywhere in the secondary but primarily corner or nickel. I love doing that.

My parents love it and I love it.

“After visiting the facilities, I was able to get around to every school that I wanted to see. It was the week after I visited Tennessee and I decided to pull the trigger. I have the best relationship with them (the Clemson coaches) and it's the most sincere group of coaches I've talked to so I had to do it.”

Clemson’s home feel and family atmosphere was one of the reasons McMichael picked the Tigers last Friday. 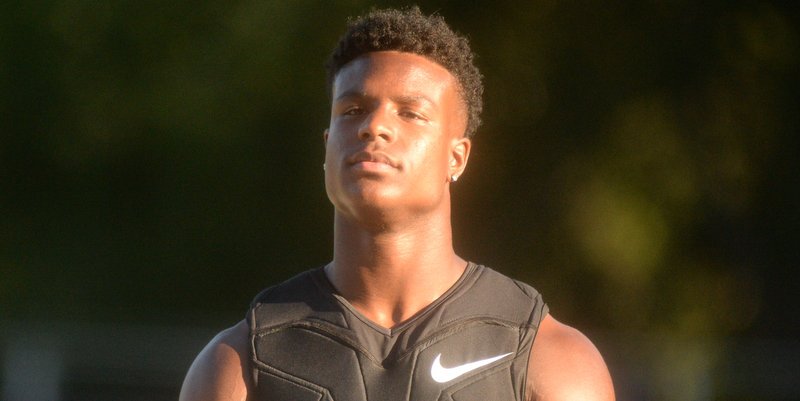 Kyler McMichael participated in Nike's The Opening Finals this past weekend in Beaverton, Oregon."

“When I came in, I didn't know everybody, so they all came up and introduced themselves, so I was able to talk to them and get a little background on them,” McMichael said. “Once that happened, I was really able to hang out with them and get to know them.”

However, Venables – Clemson’s sixth year defensive coordinator – ultimately gave Clemson the edge with his personality and knowledge of the game.

“He's a great guy. We talked about way more than just football,” McMichael said of Venables. “He's a down to earth guy. He's very sincere. It was great hanging out with him.”

McMichael said the coaching staff was ecstatic when he informed them of his decision prior to his Twitter announcement.

“I told the coaches I was going to commit on Friday, but that I was basically committed to them when I talked to them on Wednesday,” he said. “I talked to Coach Venables and Coach Swinney about it and they were ecstatic about it.”

With his own recruitment in the rearview mirror, McMichael said he’s turning his attention to being a recruiter, beginning with the trip to Oregon for The Opening Finals, where he joined Clemson commits Trevor Lawrence and Xavier Thomas.

"It's great. It worked out really well with our team colors being orange and purple and everything. It's great," he said. "I've got gloves and everything. Me and Trevor and Xavier are talking a lot and getting to know each other well. Xavier is a monster. I saw a video of him bulldozing someone and it was great. He's a monster. We're bringing in a lot of players. This 2018 class is serious. We're trying to get all of the players."