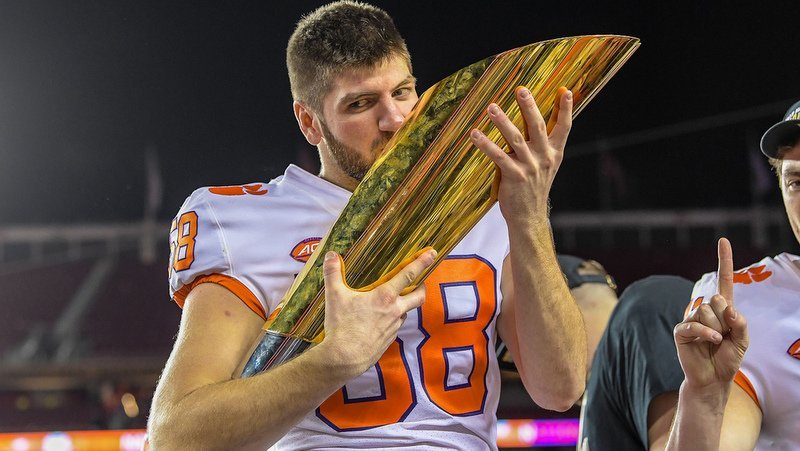 CLEMSON - You might not know the name Patrick Phibbs or what he does. Heck, you might not even know that he is in many respects one of the most valuable players on the Clemson football team. And that’s ok by Phipps, who thrives under pressure and in his own anonymity.

Phibbs is an original walk-on long snapper out of Central Catholic High School in Pittsburgh who enters 2019 having snapped in 29 career games since joining the team in the spring of 2016. Phibbs snapped in all 15 games last season (on placekicks) and was the snapper on every placekick in 2017.

Phibbs loves his school and his teammates, and he loves the fact that many people don’t know his name.

Being a long snapper takes a special kind of person.

“It takes a different type of mentality. It’s not something that I think everyone could do,” Phibbs said. “If you do like praise - a lot of these guys have the swag, and they’re doing all of the dances and stuff - but for us, we just have to focus on what we’re doing. I remember the pick six in the national championship game, and I had to run on the field and be level-headed. Everyone is screaming and I just kind of jog out there and have to go do my job and then jog back off. It’s great, and I love it, but it’s a different mindset.

“The best part is when you jog out there you have John Simpson and Gage Cervenka so you know nobody is coming through the middle because you have two guys right next to you that I think are the two biggest guys I’ve ever met, so that kind of reassures you. You just have to go out and do your job. You look at them and go, ‘Oh, they’re big,’ and then you go, ‘Okay, now I have to snap the ball.’”

How did the Pittsburgh kid wind up a Tiger?

“My aunt went here. She rowed here back in the 90s. I came down here, and I loved the place,” Phibbs said. “The coaches were great. I remember I came to the summer camp - anybody watching this, I have to say that anybody who has a dream, go try out and do whatever you can to get it because that’s what happened to me. A kid from Pittsburgh has won two national championships and is looking for a third one. It’s pretty amazing. I love the place, and I can’t wait for the next year.”

Next year might include another trip to the College Football Playoff and a chance to play for a National Championship. Following January’s win over Alabama in Santa Clara, Phibbs took a calmer approach to his celebration.

“After the national championship, I remember it was kind of surreal because I knew that everyone else is just going crazy, but like I said before me and Austin (Spence) and Greg (Huegel), we’re always super focused on the game but after the game you just have to take a breath and take it all in and that’s pretty much what I did,” he said.