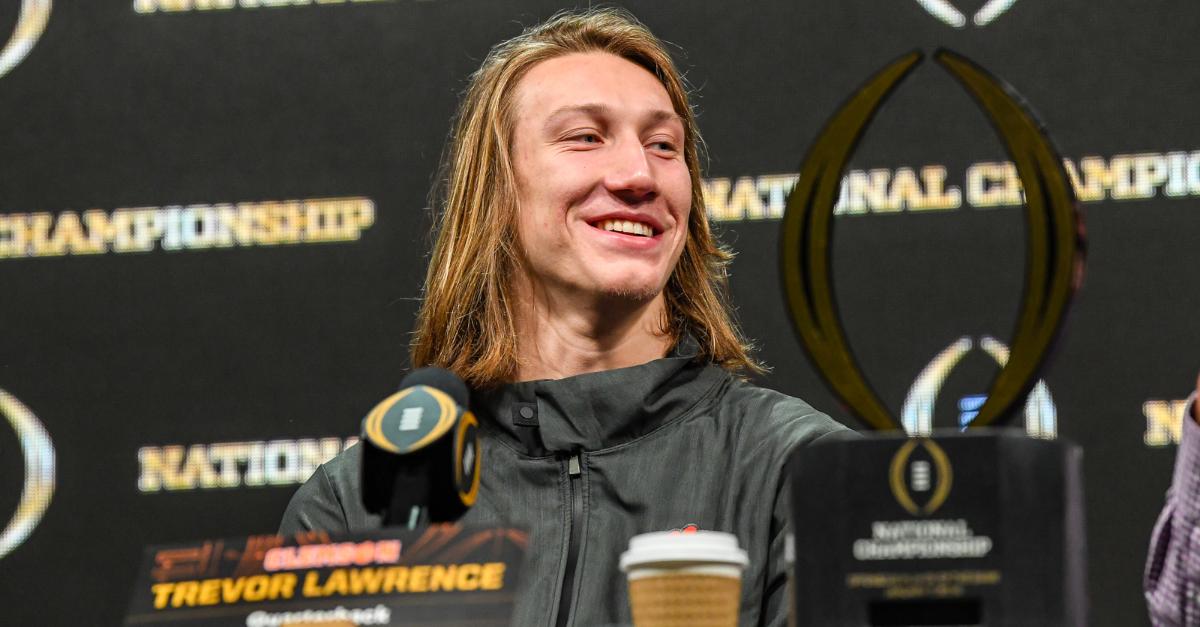 Trevor Lawrence is the darling of college football, but has plenty to work on

CLEMSON – Trevor Lawrence is mentioned as a Heisman Trophy frontrunner and a sure-fire number one overall pick in the NFL Draft when he decides to leave school, but in Brandon Streeter’s quarterback room, Lawrence is just another sophomore who has a lot of improvements to make.

Lawrence guided Clemson to the national championship last season as a freshman and was selected the ACC’s 2019 Preseason Player of the Year last week. He enters 2019 with sky-high expectations, but Streeter, the Tigers’ quarterbacks coach, is focused on making sure Lawrence reaches his potential.

“After the season, you have to address the fact that we have things to improve on. The number one thing that we've talked about since that time is that he is coming into the 2019 season in a totally different light,” Streeter said. “Last year, coming into the season, people knew about him because of his recruitment and his high profile status in the recruiting realm. But nobody had seen him play on the collegiate level. And then he wasn't the starter. And then he proved himself as the season went on, and now the expectations are so high.”

Streeter has a simple plan in place for Lawrence.

“My theme for him is to just continue to be who you are. Don't change. Keep it simple,” Streeter said. “That is one thing that we went through in the spring - I've had guys before that have mastered an offense and have learned the offense and really understand it sometimes try to do too much. And he tried to do too much in the first part of the spring. He tried to look at too many things. He was still doing some really good stuff, but that was something he needed to improve on. So I told him we needed to keep it simple and trust the system and he did that the second half of the spring and did a great job.

“We always talk about leadership, and leadership is so important. He is a guy that needs to take it to the next step. Now he is in control of the offense and he's the starter, obviously. He needs to grab the bull by the horns and take it to another level and be a leader.”

That’s not all that Lawrence has to work on.

“Managing situations is something that we talked about. There were some situations that happened last season where he did a great job of managing, but there were a few times where he could have managed them better,” Streeter said. “And he needs to be ready when they come about. And then fundamentally, his footwork in the pocket can be more consistent. Sometimes he would drift to the left or the right and he really didn't need to. He just needs to continue to be more consistent with his footwork, so he can sit in the pocket and make those throws down the field. For the most part, he did a great job of that, but there were times when he would drift into the area where the tackle was, so he can always improve on that.”