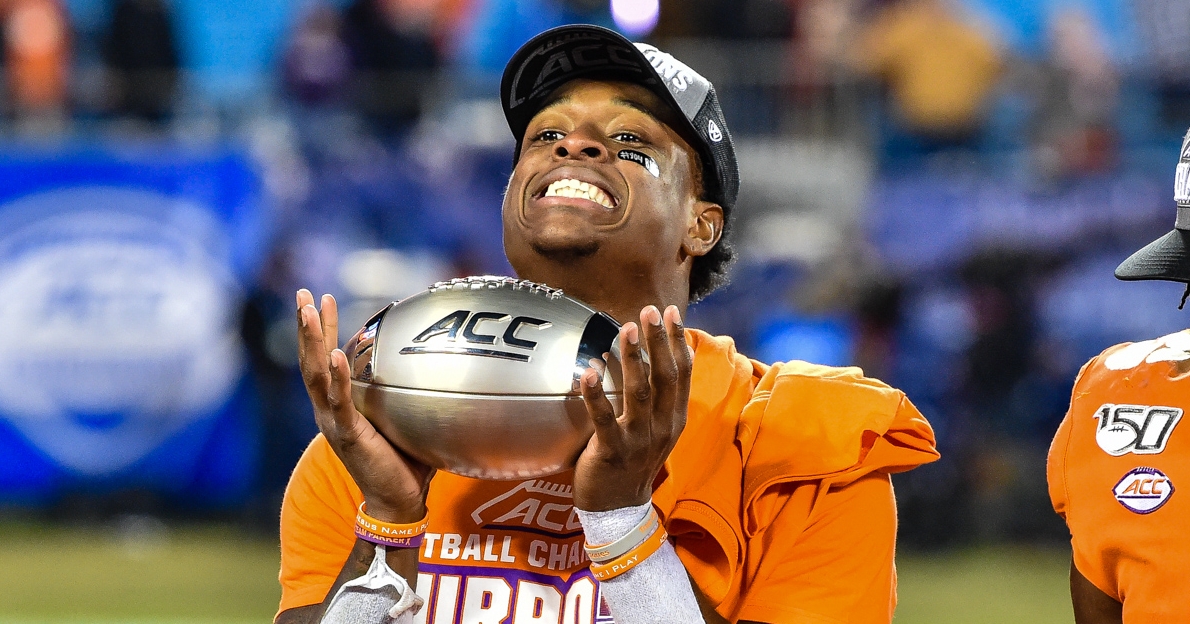 K’Von Wallace played in a lot of big games during his four years at Clemson, and he feels like he was at his best when the lights were the brightest.

Wallace takes an impressive resume to the City of Brotherly Love – he played 59 games for the Tigers, tying the school record. He played in seven FBS playoff games, including three National Championship Games.

“If you watch me play, man, you know that when the lights are on, I shine,’’ Wallace told the media Saturday. “That’s when I play my best. When the pressure’s on, that’s when you find out who K’Von Wallace is. I’m going to be that guy who is going to go out there and prove myself every single day in practice and on game day.’’

Wallace said he saved his best for last, putting together a stellar senior campaign. He was credited with 81 tackles (3.0 for loss), 10 passes broken up, two sacks, and two interceptions (including one returned for a touchdown) in 698 snaps over 15 games (all starts).

"My senior year obviously was my best year,'' Wallace said. "It was because of what I did for my body and what I did for my mental and spiritual self. I got heavy into the Word. I got heavy into what I put into my body. Just eating better and living better. Watching more film and doing more work. Just doing more. I think that’s why the Eagles pulled the trigger on me.''

Clemson linebacker Isaiah Simmons was taken by the Cardinals in the first round, and he’s known for playing multiple positions. Former Clemson safety Tanner Muse also played multiple positions in Brent Venables’ defense and parlayed that into a third-round pick by the Las Vegas Raiders.

“You get multiple positions out of me,’’ he said. “I can play corner. I can play safety. I can play up in the box. I can go blitz for you. I can use my abilities to put my team in the best position to go out and win games, win championships. I feel my versatility is one of the main reasons they drafted me. That and the way I play the game and the passion and love I have for it.

Wallace also touted his durability on the call.

“The No. 1 thing that speaks out when you talk about all those games I played is durability,’’ Wallace said. “Obviously, I’ve had some nicks and bruises in my career. But I’m a guy who is going to do everything I can to sacrifice and play. I’m a guy who’s going to go out there and produce and make plays for my team. I’m going to do everything I can to stay fit and stay healthy and be ready to go.’’