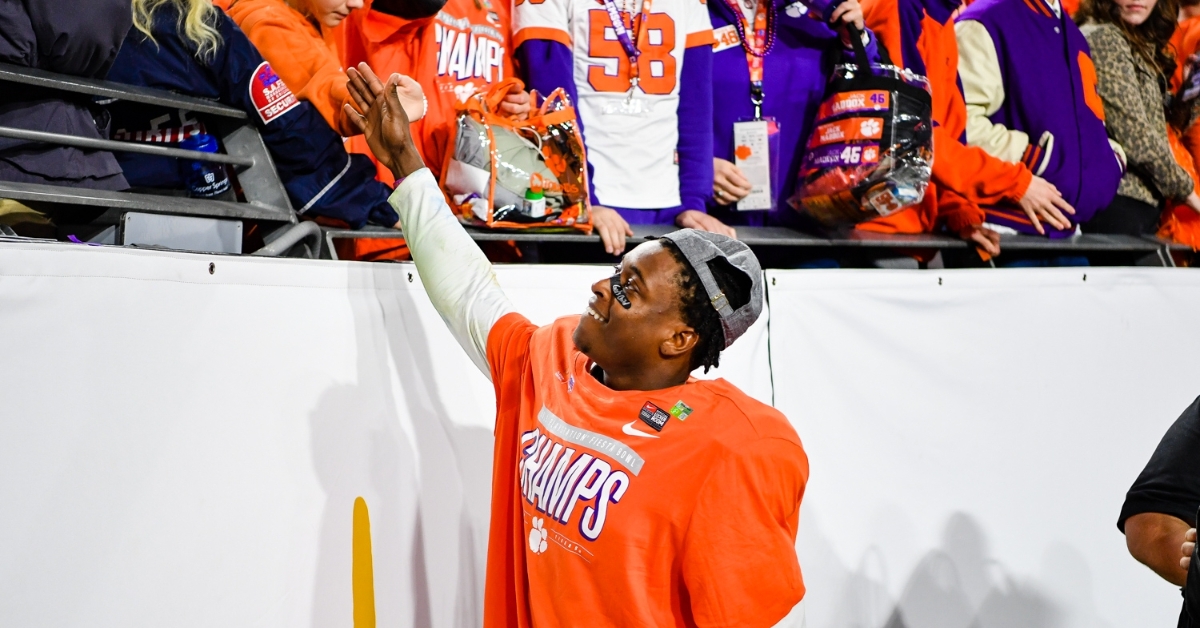 K’Von Wallace gathered his teammates at the entrance to the tunnel before Saturday’s Fiesta Bowl against Ohio State and gave an impassioned speech. At one point Wallace almost hit head coach Dabo Swinney in the face but he didn’t care as he implored his brothers to lay it all on the line against the Buckeyes.

They did that and more.

Clemson came back from an early 16-0 deficit and defeated Ohio State 29-23 in one of the more physical and thrilling games of this and any generation. The postgame confetti celebration, usually a wild and raucous time, was muted a little more than it has been in the past , and didn’t take long to figure out why – the coaches and players were exhausted. Heck, even the fans were exhausted.

Everybody found their second wind in the locker room, however, none more so than defensive coordinator Brent Venables. Venables gathered many of his defensive players in a circle and started screaming for linebacker and defensive MVP Chad Smith, who was out giving interviews with Swinney.

Once Venables had his crew gathered, he broke into the biggest smile I’ve ever seen and he started dancing. He danced, he jumped, he whooped, and he hollered as the frustration and emotion and joy all came pouring out in a burst of energy that would have made Duke Power proud. The players reveled in seeing the normally intense Venables show genuine love and emotion.

I walked over to linebacker James Skalski’s locker, and he had a huge bruise on his shoulder, a welt on his arm, a little blood on his head, and another big contusion on his leg. He gave me a weary smiled and admitted he was beat up, but also admitted he had just had the time of his life.

“That was probably the most fun game I've ever had in my life. Down early,” Skalski said. “But we all knew on our sideline to hang in there and we would be alright. We all knew. That is how we always think and believe around here and it showed. But what a great game. What a great game to be a part of. So exciting. I am beat up. Doesn’t matter.”

Wallace stood in his locker, away from the celebration, and tried to put into tired words what he’s just seen and experienced.

“It was a great experience. I am thankful for Nolan (Turner) and I am thankful for this offense and for this defense,” Wallace said. “I am thankful for the way Will Spiers kicked that ball today. Everybody did their part today. We never gave up. This is special to me, being a senior, and having young guys just lay it on the line. Nolan knows he can come back and this means something to him. The play before, he got beat on the post and he came back and won the game for us. That is what it's all about. That is what this team is all about. It's all about heart. Eye of the Tiger. Heart of a champion.”

I asked Wallace if it was the most fun he’s ever had playing the game and he said yes before channeling part of the St. Crispin’s Day speech from Shakespeare’s Henry V.

From this day to the ending of the world,

But we in it shall be rememberèd—

Shall be my brother

As I said before, it was that kind of night.