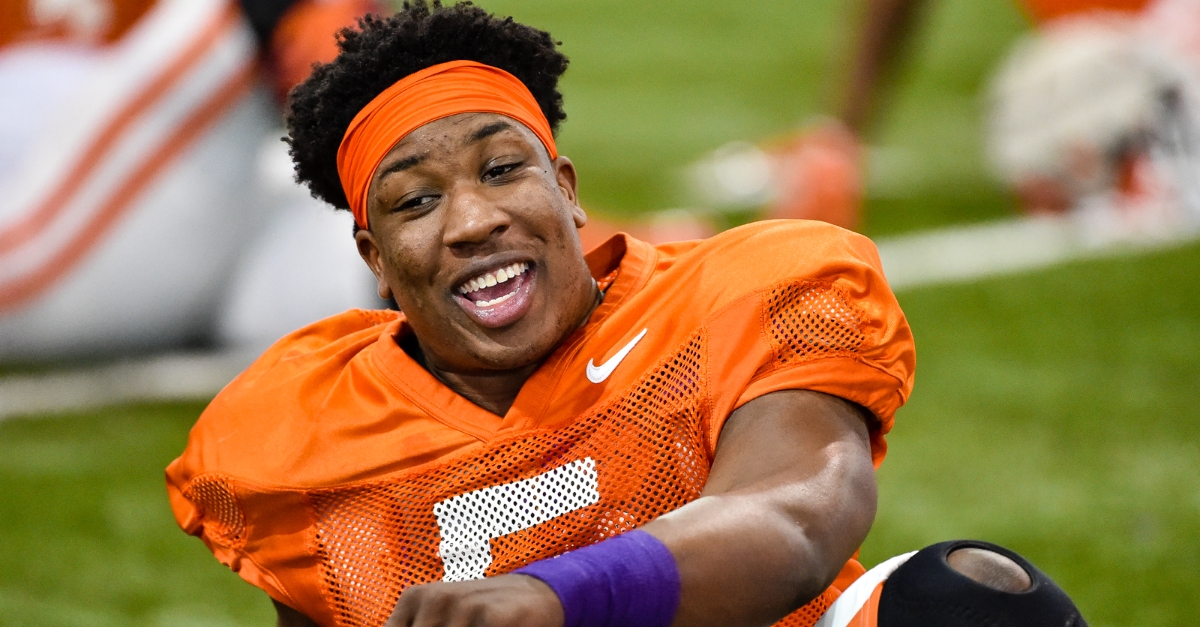 Henry is one of the team's most popular players.

KJ Henry is one of the unquestioned leaders at Clemson, both on and off the field, but he doesn’t want any credit for his initiative. Instead, he gives credit to his parents for trusting him, and for the great men he plays for with the Tigers.

Henry took a leading role in the peaceful protest organized by the players in June, and was at the forefront in making his feelings known as the team and many in the student marched from Bowman Field, down College Avenue and back. It was a march that made him proud.

Much of the credit goes to his parents.

“My dad has been in my corner since day one and it's been great. It's one of those things where my parents have raised me so well they can just trust me,” Henry said. “That isn't to say I am perfect by any means. But they have trust in me and I ask them questions whenever I have them and they give me their honest answer. But as far as expectations, they tell me to just have fun with it.”

Henry enters 2020 having registered 31 career tackles (6.5 for loss), 2.0 sacks, three pass breakups and a fumble recovery in 389 snaps over 19 career games. He was also a standout basketball player in high school and had to refine his football game once he arrived on campus.

Where does he feel he has improved the most?

“On the field, I would say physically. Coming here, I was the best basketball crossover to a football player in the country. Hands down,” he said. “I had to build up my body and get more confidence in that. And mentally, too, just the playbook and experience, that always comes with knowledge and time. First physically, and two, just the playbook and the knowledge of the game. Off the field, I feel like I have grown in ways like America has grown during this time of quarantine.

“I am trying to make myself a better leader and be the best I can be and be as influential as I can be during my time here, and use the platform as best I can because it's not here forever. But I know that God put me on this earth to give His message and hopefully in a positive light. I have been able to do that through PAW Journey, and my position group, and just the culture here.”

The culture that head coach Dabo Swinney has built at Clemson plays a large role in Henry’s ascendance as a leader not only on his team but also in the community.

“The culture speaks for itself. It's so cliche, because as a recruit, you think there is no way it's still like that,” Henry said. “That is the talk to all high school football players, that it won't be that way when you get there. But that is exactly how it is when you get here. There are great guys, great competitors, and great athletes, and above are some great men.”