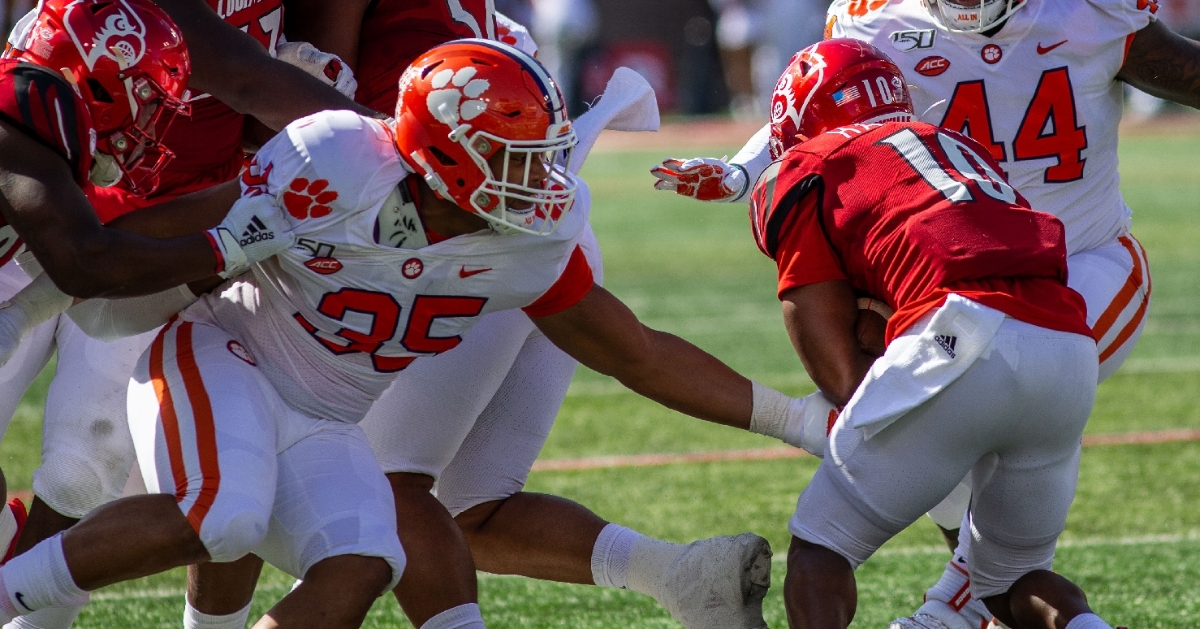 Justin Foster was an important part of Clemson's win over Louisville.

LOUISVILLE, KY – Without Xavier Thomas on one end of Clemson’s defensive line, it was up to Justin Foster to make up for his fellow lineman’s production.

Foster showed up and showed out in Clemson’s 45-10 win over Louisville Saturday afternoon at Cardinal Stadium.

The junior out of Shelby (NC) tallied five total tackles, two sacks, three-and-a-half tackles for loss, a forced fumble and was instrumental in A.J. Terrell’s interception during the fourth quarter.

When Thomas went down with a concussion earlier in the week, Foster said head coach Dabo Swinney immediately challenged him to step up his game.

“Coach Swinney challenged us at practice because he was down,” Foster said after Saturday’s game. “He's one of the most talented guys on the team and it's a loss when he's not on the field. It was a challenge for us to just step up and we stepped up to the challenge.

“There's always an opportunity, you just have to be prepared for it. Coach Swinney challenged me that with Xavier out to just work harder. We made the big plays and I just tried to accept the challenge.”

The key for Foster was playing physical and fast.

"Anytime you have someone who is not only doing their job but is being disruptive and causing problems in the run and pass game, it's going to be a big-time thing,” Venables said. “Justin played well. He's graded out very well all season and his production has been good, but today was an indicator of his comfort level, his confidence, his understanding not only of his job but the guys around him. He played extremely well upfront.”

However, Foster’s effort Saturday may have been the best of his career.

“I think it might have been his best game,” Venables said. “Production-wise, it probably will be his most productive game. It was against a team that we really have tremendous respect for and how well they're coached and their scheme and their ability to have balance. It's hard sometimes for guys like that to show up as much and he really did today.”