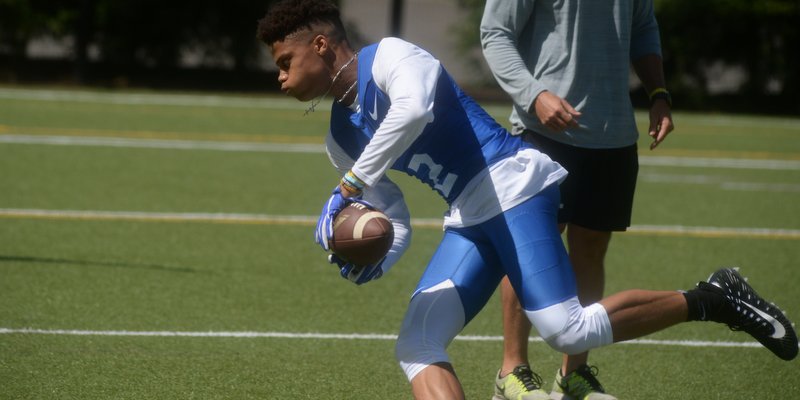 BEAVERTON, OREGON – The recruiting process can be fun, stressful and exhausting all at the same time, and Jordyn Adams is ready to put it all behind him.

Adams impressed during Thursday’s morning workout session, and TigerNet caught up with 6-2, 175-pound prospect after workouts for his final thoughts before the big announcement.

With such an extensive list of offers, Adams told TigerNet the early part of the recruiting process was more stress than fun.

“I'm really excited. I'm ready to get the recruiting process over,” Adams said. “At first, starting off, it was a little bit stressful, but since I started slimming down my choices it's gotten pretty easy.”

However, once he decided on his final two – the Tigers and the hometown Tar Heels – it became much easier.

The Clemson coaches have remained in contact with Adams, including Thursday morning.

“I've talked to Coach (Brandon) Streeter and Coach (Jeff) Scott on the way up here,” he said. “Coach Streeter and I texted early this morning, so I'm pretty sure I'm going to call him later tonight.”

Most believe Adams will end up at North Carolina because his father (former Gamecock defensive line coach) Deke Adams is on staff, but the younger Adams said that his father’s position wasn’t a deciding factor.

“It didn't factor any at all. If it happened, it happened and it was good, but he told me when I started off that he wanted me to pick the school that was the best fit for me and what I feel like is home,” he said.

However, Adams did lean on his father throughout his recruitment.

“Early on, he could tell me if coaches really meant what they were saying and stuff like that because he could kind of read how they meant to say stuff,” he said. “Having him throughout the recruiting process has really helped.”

As Adams patiently waits to make his big announcement, he’ll continue to enjoy being in Oregon and participating in The Opening.

“It's really fun to come out here with the top players in the nation and to just come out here and compete everyday,” he said. “It's been great so far. It's kind of like being back at home with their workout style, but the weather is great.”