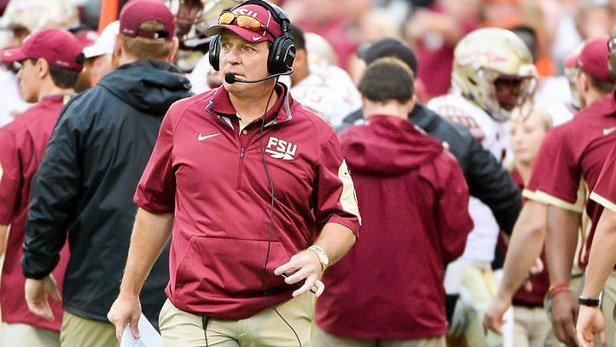 Texas A&M head coach Jimbo Fisher is riding a three-game losing streak to Clemson and Tiger head coach Dabo Swinney, and he thought he was rid of Swinney after taking the job in College Station last December.

Not so fast, my friend.

The Tigers and Aggies have been scheduled the home-and-home series several years ago, so the rivalry continues. Just in a different location.

“It was kind of ironic, when I accepted the job, looked down (at the schedule) — ‘you’ve got to be kidding,’ ” Fisher said Monday. I said, ‘Really?’ It’s ironic because whoever won that game for so many years won the conference. Every year that was a critical game. I guess it’s kind of ironic; I guess it’s fitting.”

Fisher and his coaching staff are familiar with the Tigers.

“The good news is you know,” Fisher said. “The bad news is you know. We've been in some great games. All of our games the last couple years have been one-score games and games that went down to the line. Whether we won or they won, they've been very competitive games."

Fisher knows that the expectations at Texas A&M are to win a National Championship, and he thinks this game will be a measuring stick for the program.

“I think it’s great. I really do. I think it’s an opportunity for your kids to find out what it’s like. Clemson has been as good as anybody in college football in the last few years,” Fisher said. “They’re doing a great job. They’re well-coached. They’ve got great players. We all know that. We’re going to find out if we can compete and stay focused in the game.”

The second-ranked Tigers are headlined by a ferocious defense, and Fisher knows the Aggies will have to earn every yard.

"Even if you don't get sacks, you get hits, and we had a couple of hits on the quarterback the other night that we didn't need to take. [Clemson's D-line is] dynamic. They can beat you with power. They beat you with speed. They have good experience … it's going to be a great challenge."

Left guard Keaton Sutherland said he is excited about the chance to play against Clelin Ferrell, Austin Bryant, Christian Wilkins, and Dexter Lawrence.

"That's why you play this game, right?" Sutherland said. "You want the best competition every week, and I'm stoked to be able to have that opportunity to play against the best."

Defensively, the Aggies will have to watch out for Clemson’s two-quarterback system.

“Trevor Lawrence, he likes to stay in the pocket and throw it. He has a good arm and everybody knows that. Kelly can also throw the ball well, and he can run, too," defensive lineman Kingsley Keke said. "We've got to game plan for both."

"As crazy as it sounds, they're probably more similar than they are different in some ways," Fisher said. "You say one throws it better than the other, but the other has been very productive at times, Kelly has in big games, and Trevor's a very talented guy. They're both good in all aspects."