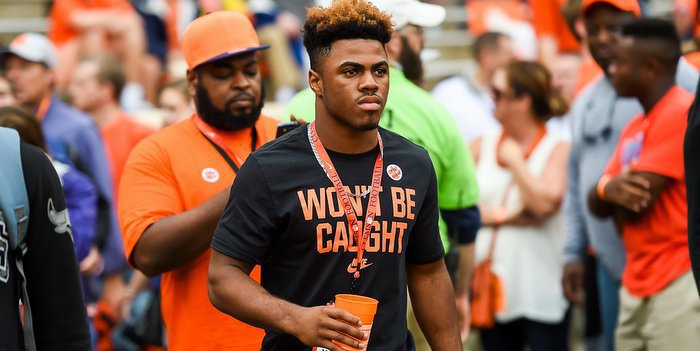 One of the nation's top football prospects in the 2017 class recently visited TigerTown during Dabo Swinney high school football camp, and the experience may have bolstered Clemson's prospects of securing his talents.

Jamyest Williams, a versatile 5-foot-9, 175-pound athlete from Loganville, Georgia's Grayson High School (and formerly with Archer High School in Lawrenceville, Georgia), told TigerNet by phone Monday that he toured the campus and various academic departments while getting a sneak peek at the Football Operations Complex under construction.

“It was good,” Williams said. “It was very good. I spent a lot of time with coach (Brent) Venables and coach (Mike) Reed. I talked with them a lot, just about the program and different stuff – schemes, who they're recruiting, how much they're recruiting.”

Whom the Tigers have been recruiting lately is some of the country's elite talent, and the four-star Williams certainly fits that mould. Scout.com grades him with a No. 4 overall athlete rank and No. 2 in the state of Georgia. He's listed as the No. 61 overall prospect in the Class of 2017, according to Scout, where his profile reads: “There is not much Williams cannot do at a high level. What an athlete he is. Plays with toughness and a real attitude. Has a chip on his shoulder between the lines. … Great ball skills. Really good instincts.” Williams is listed at No. 37 in the ESPN 300.

The Tigers have offered Williams as a cornerback, though he's also done heavy lifting as a running back while at Archer: As a junior, he compiled 1,250 yards and 23 touchdowns on 190 carries. But defense is the 5-foot-9, 175-pound playmaker's forte and future – he had 50 tackles and two interceptions this past season and also returned an interception for a touchdown. 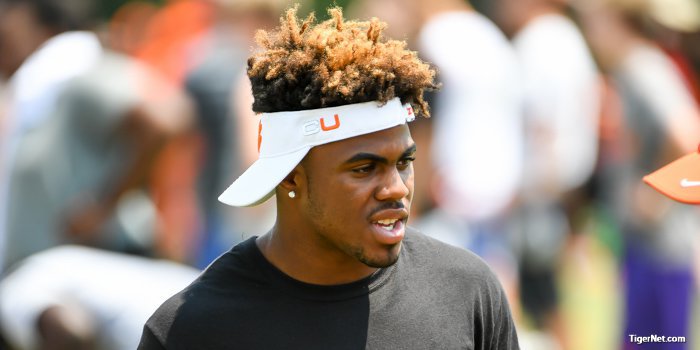 And it is at cornerback where he'll be showcasing his skills alongside the rest of the nation's elite 2017 prospects at The Opening Finals, next week at Nike World Headquarters in Beaverton, Oregon. During that time, Williams told TigerNet, he'll “probably” release his list of top five schools. His top 10 list, announced last year at The Opening, was “in order … Clemson, Florida State, Texas A&M, Ohio State, Auburn, Oklahoma, Stanford, Michigan State, Georgia, and Tennessee," he said at the time.

Several recruiting services and observers have tabbed Georgia as gaining traction with Williams – he also recently attended camp in Athens – but the recruit declined to give TigerNet a top three or five list at this time, opting instead to narrow his choices while in Oregon. But in remarks to TigerNet, the cornerback gave no indication that the Tigers have slipped any in his estimation.

“It's a tremendous program, and they need guys,” Williams said of Clemson. “The program's not gonna change if they have guys – like studs.”

Williams said the message he has received from the Clemson coaching staff is that he could be an immediate competitor and impact player at cornerback.

“Compete – come in and compete,” he said. “And they'll teach me in my development.”

He said he enjoyed watching the 2015 Clemson Tigers roll through an undefeated regular season and win the ACC Championship, and he watched the National Championship Game with keen interest.

Williams said he discussed with the coaching staff the possibility of an official visit to Clemson this fall while attending a game in Death Valley. In addition to Venables and Reed, coach Tony Elliott has been actively involved in recruiting Williams to Clemson.