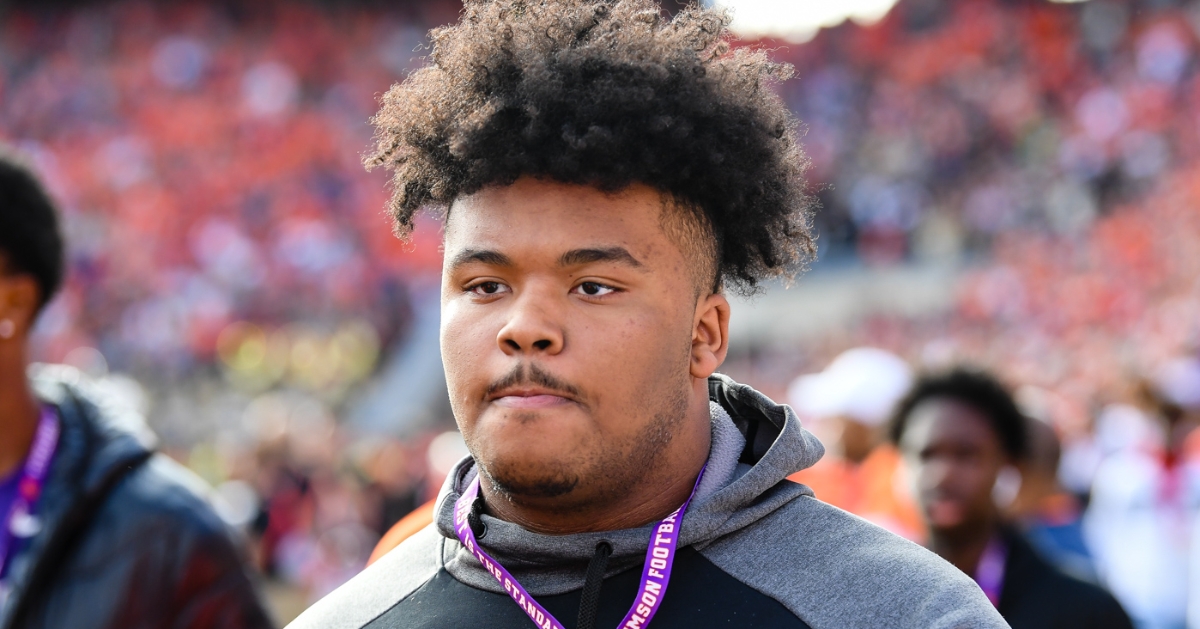 Page will likely make a decision later this month.

It’s decision time for one of the top defensive tackles in the nation.

Four-star defensive tackle Payton Page (6-4 335) of Greensboro (NC) Dudley tweeted out in June that July is his month to make a commitment decision. Page has said he would announce his choice from among Clemson, North Carolina and Tennessee.

Page said he still doesn’t have a date set but he’s looking at the end of the month with the announcement to be made at an event at his school.

Clemson is clearly the favorite to land Page by those who predict commitments. All of the 247Sports experts who have logged a Crystal Ball pick did so for the Tigers. As for the Rivals crowd, all three of its experts have predicted Clemson will land the player that they consider the top prospect in North Carolina.

Clemson certainly has made it clear to Page he is the one and only defensive tackle they want for the 2021 class. They basically have slow-played every other prospect while they wait on Page. Todd Bates has been his Clemson recruiter and they talk on a regular basis. Page said their relationship dating back three years is key in this case.

“We really don’t talk about football like that,” Page said. “It’s more like, how’s my family doing. More personal stuff. We’ve been talking a lot of football since my freshman year. We’re real close since we’ve been talking since I was young, but that’s like with all my schools.”

Page added Bates approach to recruiting him, as well as that of Dabo Swinney and other Clemson assistants, is another reason he has held the Tigers in high regard.

“They’re consistency,” Page said. “Usually a coach will text you and you might have a whole conversation one day and won’t have any for another month. I see in that coach’s eyes that I’m just another recruit and he’s just not trying to get a bond with me. He’s just doing a job I guess.”

Page is good enough at his craft that he knows his playing time at any of the schools will come. He also knows each has great facilities and all the other parts needed to be successful. So as he works on his decision for the next four weeks, Page is looking at something else to drive home the answer.

Page did get the chance to visit each of his finalists before the virus-induced recruiting dead period. He was at Clemson in January, North Carolina in February and Tennessee in early March.

Page said he will notify the school he chooses in advance of his announcement day. And why is Page considered such a strong prospect at defensive tackle playing anywhere from 0 to 4 technique? Twenty-six of his 71 tackles last season were behind the line of scrimmage. He also recorded three sacks.