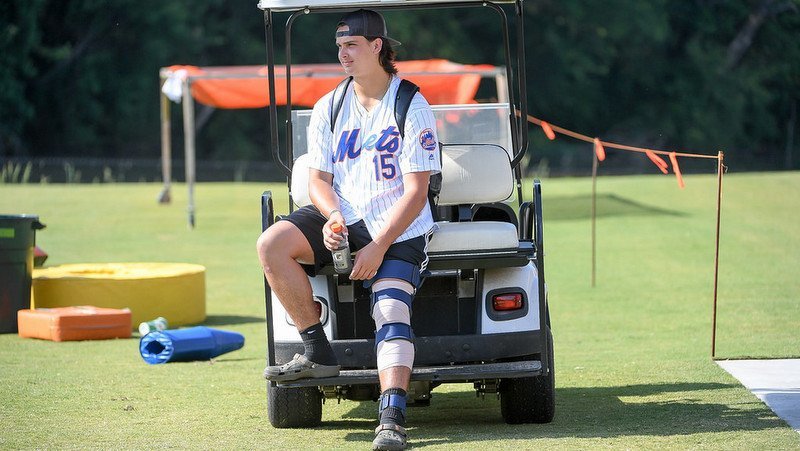 Cooper Dawson’s recruitment just got a lot more complicated as he tries to decide between his dream position and his dream school.

The 3-star Charleston (SC) Hanahan offensive lineman/defensive end has taken official visits to Army, Central Florida, Tulane and most recently Syracuse all with the understanding that Clemson’s offer was for a grayshirt.

However, that all changed with a phone call from Clemson co-offensive coordinator Tony Elliott Sunday night.

“He (Elliott) made the visit Monday but he called me last night and told me that he didn't want me to make my decision based off of the fact that I was being grayshirted or not being let in early,” Dawson told TigerNet Monday evening. “He said that Dabo looked over the scholarship numbers and he said he could make it work if I wanted to come in early.”

The 6-5, 250-pound prospect is seen by some schools as a defensive end, but Clemson wants him to play offensive line. Dawson worked out with offensive line coach Robbie Caldwell during head coach Dabo Swinney’s high school camp last summer before tearing his ACL.

“It was good news. It complicates stuff,” Dawson said of the Clemson offer. “Syracuse wants me to play defensive end, so that plays into it a lot because that's my dream position, but Clemson is the school of my dreams, so it's going to come down pretty close.”

After an official visit to Syracuse this past weekend, Dawson said he sees a lot of similarities between the Tigers and the Orange.

“The coaches and the family atmosphere reminded me a lot of Clemson,” Dawson said. “There isn't 100-percent that all of the players are from these coaches because some of them were recruited from the old staff but they're all still close like family. The seniors hang out with the freshmen. They all take care of each other.”

With his decision looming, Dawson was considering taking his final official visit to UCLA, but the Clemson coaches would also like to host him on a visit before the end of the recruiting period on December 17.

Whether he takes a visit or not, Dawson said he already has a good idea what he’s going do when the early signing period opens on December 19.

“I've got a pretty good idea of what I'm going to do. I'm just going to announce it on the 19th. I think it's going to come down to who I feel the most love from,” he said.