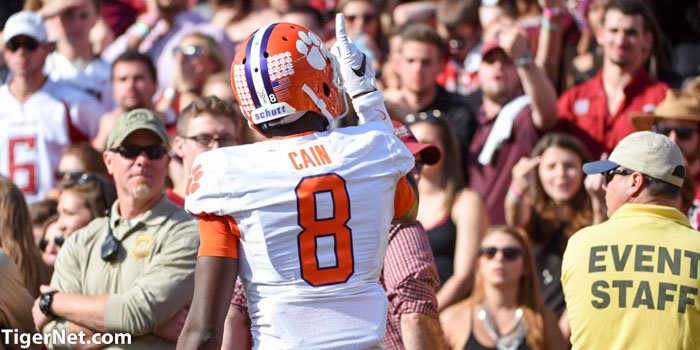 COLUMBIA, SC – Have yourself a day Deshaun Watson.

Watson led Clemson to a 37-32 victory over archrival South Carolina. Top-ranked Clemson finishes the regular season 12-0, while the Gamecocks drop to 3-9 on the season.

The difference in the game? Clemson’s quarterback.

PLAYER OF THE GAME: Deshaun Watson had a Heisman worthy performance in his second Palmetto Bowl. The sophomore quarterback completed 20-of-27 passes for 279 yards and a touchdown. Watson added 21 carries for 114 yards and three scores. His performance was the difference in the game

THE GOOD:Clemson put up over 500 yards of offense for the eighth consecutive game in winning it's first game at Williams Brice Stadium since 2007.

THE BAD: Clemson had problems defending Lorenzo Nunez, a mobile quarterback and relatively good runner in space. Nunez was inserted several times in the game and came up big with runs.

THE UGLY:Clemson’s turnover problem reared its head early and often Saturday afternoon. The tigers fumbled the ball three times and lost all three fumbles. The only good news is that it only cost the Tigers eight points, however, those eight points made it a three-point game and gave South Carolina all of the momentum.

Clemson's defense also had a less than stellar week, and South Carolina's touchdown in garbage time won't look good to the College Football Playoff Committee, the fans or the pollsters.

SOUND SMART WITH YOUR FRIENDS: Clemson was 9-of-13 on third down and had 25 first downs.

WHAT’S NEXT: Clemson travels to Charlotte to take on North Carolina in the ACC Championship Game on Saturday, December 5th.

With just three wins, South Carolina’s season is over and their search for a new head coach continues.