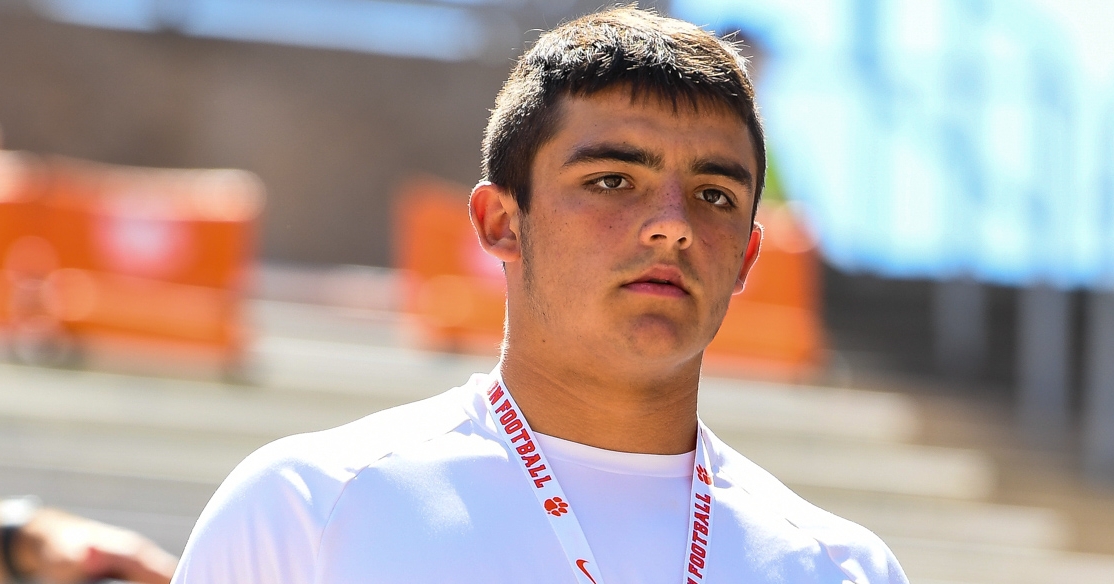 Shipley is an all-around great player according to his coach.

Clemson is getting more than a running back in 5-star Will Shipley. The Tigers are getting an all-around great football player.

Shipley, out of Matthews (NC) Weddington committed to Clemson Tuesday afternoon, choosing the Tigers over Notre Dame. His head coach at Weddington, Andy Capone, said Shipley can do it all.

“I think some people don't realize the true speed he actually has. I see it because I see him every day but I think it might be deceptive to some,” Capone told TigerNet. “What Clemson is getting is an all-around football player. He's a guy that can run in between the tackles, run for power, can get to the edge and make people miss and run by them. Obviously, he can catch the ball out of the backfield and also line up as a receiver.

“That's just on the offensive side. You're getting a dynamic playmaker who's as explosive as they come. He's going to continue to get better because no one is going to outwork him. I know a lot of people probably say that but I'll put my word on that. Just an all-around great football player, a great competitor and when the lights are shining the brightest, he steps up.”

Shipley has been under the recruiting microscope since last fall, with national powers calling and texting from dawn until dusk. He handled it like a pro.

“He's handled it amazingly for someone his age. I know it blew up but he tried his best to form relationships and I think he's done a great job with that, but he also realized that when it was time to turn it on for Weddington and Weddington football, he was able to do that,” Capone said. “He understands the focus and where it needs to be and when. I thought he did a really good job handling that. He leaned on his family and leaned on his faith and whenever he needed me, I was there for him. It was his recruitment. I think he handled it very maturely and is nothing I didn't expect out of the young man.”

What does Capone think put Clemson over the top?

“I think it goes back to the culture that Clemson has built. He really looked at them and saw what Coach Swinney has built,” he said. “On the offensive side, he saw how Coach Elliott runs the offense and how he runs his running back room, which was something he really appreciated and fell in love with. He got to know those guys and talk to some of the players when he went to the junior day.

“When he came back from that, he had a really good feeling about it. During the quarantine, he continued to talk to Coach Elliott, Coach Pearman and Coach Swinney. Like he said in his video, God told him this was where he needed to be and I think he made the right decision. He's very comfortable. He loves the culture and he wants to go there and continue to try and win and compete.”

For those who think Shipley’s versatility mean he can’t be an every down back, think again.

“I feel like it was forever ago but after his freshman year, he started getting looks and people were saying, 'Well, maybe he's a slot.' I was like, 'Guys, he's 185 pounds as a freshman, just wait.' After his sophomore year, it was like, yeah he's a three-down back,” Capone said. “He loves to move around for us, so we get to be creative as an offensive staff at Weddington. We showed it in the state championship game, he had 26 carries for 256 yards against a really good defense and a 5-star defensive end in Desmond Evans. He can handle it. I think he enjoys being so versatile and moving around and doing everything. He strives to be that every-down guy in different ways.”

Great Day to be a Tigers! Lets dance!! #ALLIN pic.twitter.com/Sx3zw9uoHV

So proud and happy for you my guy. Enjoy it, you deserve it all. Best is yet to come #ALLIN https://t.co/Yq0RkwXY5i

Floodgates opening back up! It’s a great day to be a CLEMSON TIGER! #We2Deep21