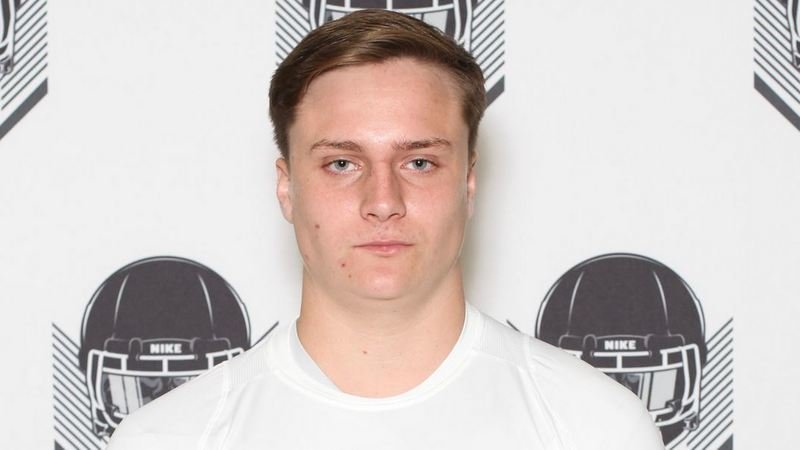 Fritzsche will take a visit to Nebraska this weekend

Jimmy Fritzsche has a trip to make to Nebraska this weekend before making a decision between the Tigers and the Cornhuskers.

The six-foot-7 2019 offensive tackle prospect out of Greenville (SC) added a Clemson offer on Thursday while on an unofficial visit.

The offer comes in advance of a scheduled official visit to Nebraska this weekend, where multiple national recruiting sites projected Fritzsche to end up signing going into the week.

Other Fritzsche offers include UConn, Purdue, Louisville, Rutgers, Appalachian State, and Coastal Carolina. In addition to contact with Clemson this week, he also visited unofficially for the NC State game.

“It went great. Everything about it was great. It was good to spend time with the coaches and hear what their plans are for me and for the program,” Fritzsche told TigerNet. “It was their second bowl practice, so it was good to see how they coach and run a practice. Everything was great. I’ve obviously been to Clemson before, for the NC State game, but today was all about being a recruit and getting that 1-on-1 time.

“I picked up an offer, and Coach Swinney told me how they needed me and that he thinks I can be a dominant player. They like my nastiness and how they can stay local to recruit an athlete like myself. They realize that I have other opportunities but nothing beats home.”

A decision will come next week.

“I am definitely going to have a decision by next week. I am taking my official visit to Nebraska this weekend, and I want to compare and contrast everything there to Clemson,” he said. “I want to see how everything out there compares to what I saw at Clemson.”

What stands out about Nebraska?

“Nebraska has been there from the beginning, and they’ve been in constant contact with me and texted me,” Fritzsche said. “They’ve shown me that they wanted me. And playing in the Big 10 speaks for itself. It’s a great league that puts out a lot of really good offensive linemen.”

Where do things stand right now?

“It’s not really that complicated right now. Nebraska has three tackles committed for this class and Clemson doesn’t have any,” he said. “Clemson is also closer to home. I also grew up in the Seneca area, and while I didn’t necessarily grow up a Clemson fan I’ve been able to follow it. Now I just have to make the right decision for me.”