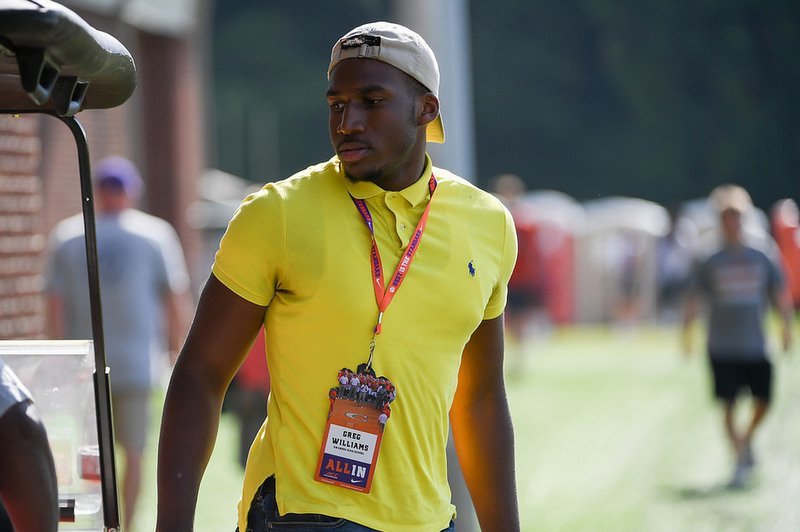 Williams attended camp two weeks ago and made a return trip with his family a week later.

Greg Williams is ready to give his blood, sweat, and tears to help Clemson win another National Championship.

Williams, a 2019 linebacker prospect out of Swansea (SC), committed to Clemson Thursday evening. Clemson became Williams' second Power 5 offer after he impressed during a recent camp visit, joining an offer from Missouri last fall. He also held an offer from UCF.

Shortly after getting off the phone with head coach Dabo Swinney and defensive coordinator Brent Venables, Williams told TigerNet the Tigers were getting a player that would give his all.

“They’re getting someone who is passionate about what they do and who loves it and is a dreamer, too,” Williams said. “They’re going to get everything I’ve got - blood, sweat and tears. I’ve dedicated myself to football for four years in high school and I’m going to dedicate the rest of my years to Clemson. I’ve always wanted to win national championships and be an All-American, so that’s what I’m going to chase.”

Williams was offered at Swinney’s high school camp two weeks ago and made the return trek to campus last week with his family.

“I just wanted to have a talk with my family and my coaches and make sure this is going to be the right step for me,” Williams said. “You know how family is, they want you to stay close. They always want you to stay close so they can come up and see me and everything like that. They want me to have a great education and Clemson offers a great education. They were very supportive of me and my decision.

“That sealed the deal because I got to see behind the scenes of football.”

Williams made the trip home, thought about his options and then decided to commit.

“I called Coach V (Venables) on Wednesday. Coach V was pumped up because he didn’t think I was calling him for that,” Williams said. “He thought I was just checking up on him. We were trying to get in touch with Coach Swinney but they’re on vacation, so we got in contact with him today. He told me that he would take my commitment.”

“Coach V wants you to learn all three linebacker spots. Right now,I think he’ll put me outside, but I’ll learn the inside, too, so I can be interchangeable,” he sadi. “I would say outside right now, but I could play inside, too.”

Williams was among the top tacklers in the Midlands with 103 stops last season. He earned all-region honors as a sophomore.

Clemson's 16-man 2019 class is currently ranked fifth on 247Sports' Team Composite rankings. He is the first pledge from the Palmetto State in a class that represents 10 states so far.

Great Day to be a Clemson Tiger!!! #ALLIN #ClemsonFamily