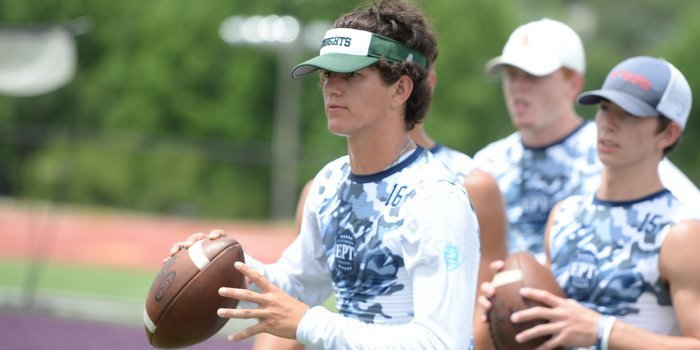 COLUMBIA, SC – Bubba Williamson has been a Clemson fan his entire life and hopes that one day soon he can don a tiger paw on his helmet as a player for the defending national champions.

The Kershaw (SC) North Central quarterback has a scholarship offer from South Carolina State is drawing interest from App. State, South Carolina, and Wake Forest, but his sights are set on a walk-on offer from Clemson.

Williamson, who participated in the EPT Training Showcase Sunday at Ridge View High School, told TigerNet he learned of the walk-on offer from his high school coach.

“Clemson contacted me through my coaches. They wanted Clemson to the home for me and I was very excited to hear that from my coach,” Williamson told TigerNet Sunday. “They couldn't talk to me directly at the time, but I was very excited.”

Growing up a Clemson fan, the offer was almost a dream come true and won’t be one that’s easily passed up.

“I've got family buried in Clemson tiger paws so it's very special. A whole bunch of my family has gone to Clemson,” Williamson said. “Clemson has always been a pretty special place for me and my family. With what I want to do, it's a great agricultural school and I want to be in agriculture so I'm excited about that. It's a great place to be.”

Attending Clemson has always been a dream of Williamson’s and it’s one he hopes will be realized in the very near future. 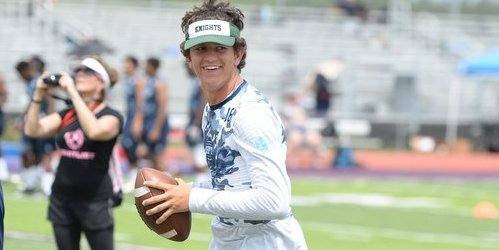 “First and foremost, I think education is the most important thing and the most important factor in my recruiting,” he said. “It's definitely something I've thought about and it's hard not to think about it. Clemson is just a special place and anybody who has an offer from Clemson or has an opportunity to play there, it's really a special privilege. Clemson is where I want to be and hopefully, everything works out and I end up at Clemson.”

However, he knows the path of a walk-on won’t be easy, but Williamson said he’s ready for the competition.

“Joining all of those great quarterbacks, there will definitely be a lot of competition and a lot of guys that I can learn from and compete with,” he said. “Being around all of those guys will be special. I'm just trying to help the team in any way possible, so whatever role they decide will be best for me is what I'm willing to do.”