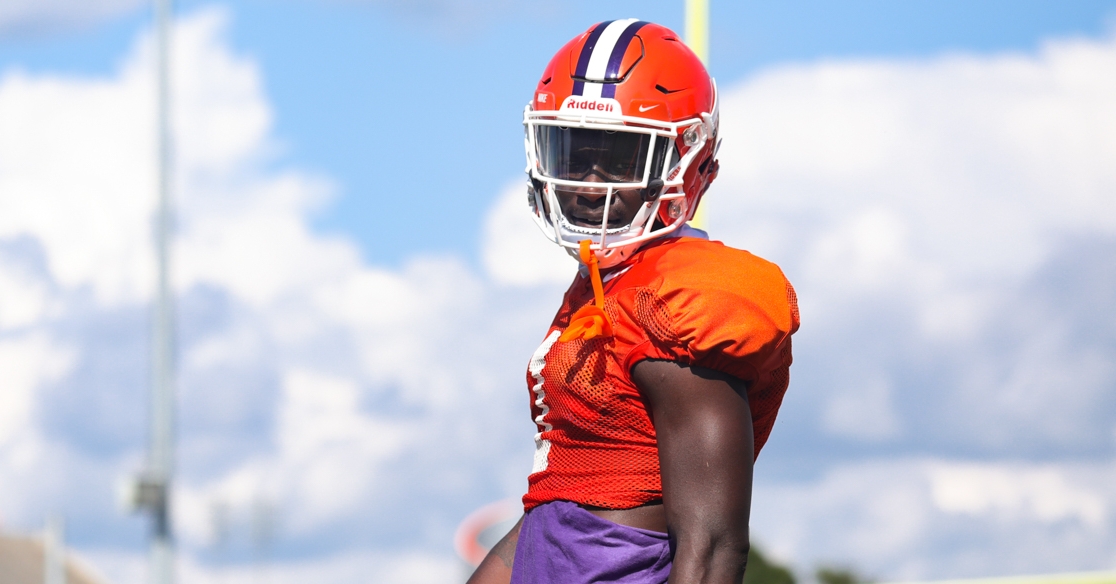 Kendrick wants more than just being on an award list. (Photo per Clemson athletics)

Each year the college football preseason watch lists are dotted with players who aren’t on the award lists at the end of the season. In the words of cornerback Derion Kendrick, it’s easy to make a list. He wants more. He wants to win it.

Kendrick enters 2020 having played a total of 972 snaps at cornerback and wide receiver in 30 career games (15 starts) and having been credited with 51 tackles (3.0 for loss), six pass breakups and two interceptions (including one returned 38 yards for a touchdown). He has also recorded 15 career receptions for 210 yards and has returned 15 career kickoffs an average of 23.3 yards.

Cornerback is his home, and he was recently named to the Jim Thorpe Award Preseason Watch List. The award is presented to the nation's best defensive back.

“Anybody can be on the list depending on what they did the year before or whatever,” Kendrick said. “My goal is to win it. I’m not really trying to be a list player. I’m trying to win it, so it’s not really about being on the list. I’m just trying to get better each day.”

Clemson has been hit hard with injuries and COVID-19 protocols at the receiver spot this August, and recently had three backups start in a scrimmage. Kendrick smiled when he was asked if he would want to move back to receiver, even for just a few plays.

“I’m just waiting on that time if it comes. Being competitive, you try to do everything you can to help the team, so yeah, I’ve had some thoughts that I want to be on both sides, play both sides. God works everything out, not the player,” Kendrick said.

Until then, he wants to be the best cornerback possible.

He also wants to prove he can do it all from the cornerback spot.