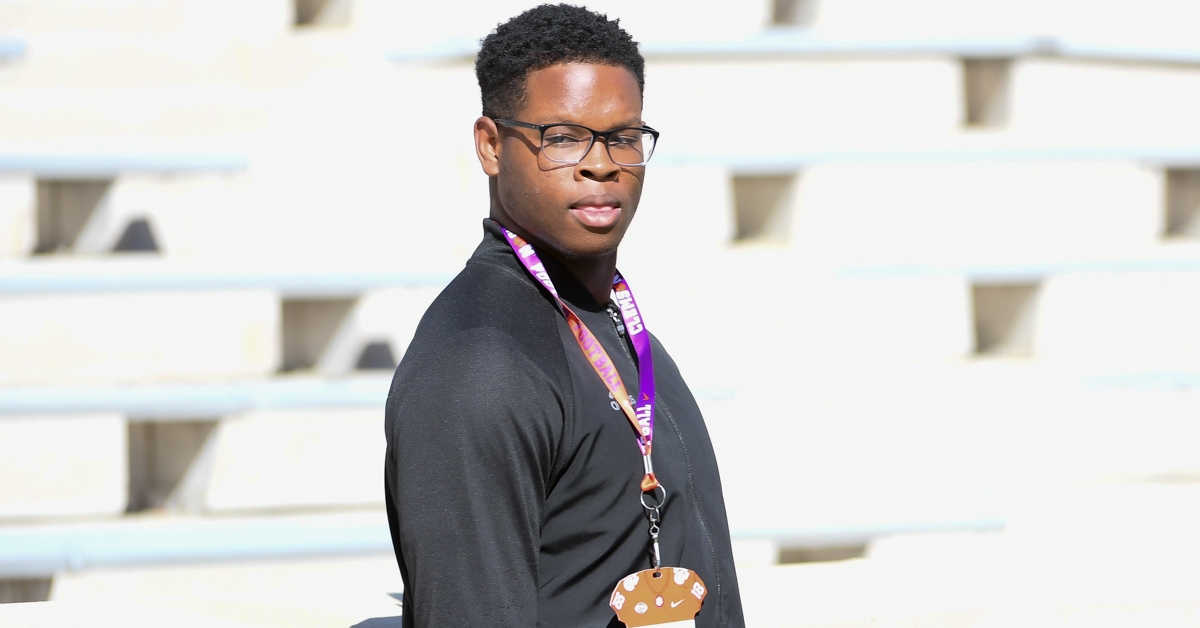 Murphy should be in line for playing time this season.

Murphy enrolled at Clemson in January and spent two practices with the team during preparations for the National Championship game against LSU. Hall was later asked what Murphy brings to the defense.

“Oh man, he brings a lot. We had two days of work with those guys,” Hall told TigerNet. “I am excited about Myles and his potential and his ceiling. Obviously, he can rush the passer. He is a physical player, a long player. Myles is 6-5 and most of my guys are a little smaller. He is 265 right now and he is a true defensive end. We don't have many true defensive ends in that room, and so I am excited about that. He has an unbelievable talent level.

“He comes from a great school and it's just easier for him. He has been taught the fundamentals, and so now it's just refining that. I expect him to have an immediate impact. Before I would go to his games or one of his practices and I would look at him from afar. But now I've had a chance to put my hands on him and see him up close and I am really excited about him.”

Murphy doesn’t have the outspoken nature of someone like Bryan Bresee but is a leader in his own way.

“I was telling (Todd) Bates that. I can see his (Bresee) natural leadership. You could tell he wanted to be in the front of the line but he naturally kind of backed off,” Hall said. “Myles is a quiet kid but I have seen him and I know that when the lights are on and he's on the field he changes. I like to see guys that are passionate about the game. You don't have to be outspoken, but when you play with a passion that is exciting for me. I saw that from Myles and I can't wait to get him back in the spring. He has to get stronger and he is going to do that.”

Another defensive end that Hall is excited to see this spring is redshirt Greg Williams. Coming out of high school, he was one of the top linebackers in South Carolina and was a four-year starter at Swansea. Williams had 78 tackles with a sack, two forced fumbles and three interceptions as a senior in 2018 and was named the Region 5 Defensive Player of the Year and was an All-Region 5 AAA All-Region in football and basketball in 2017-18 academic year. He also had an outstanding junior year in 2017 when he had 103 tackles.

“Greg was very raw at the position. He tried to lose weight and then gain weight and I think he's about 245 right now,” Hall said. “I have been very impressed with Greg. Even in the spring when he started, he had natural instincts and physicality and he loved to hit. Now it's just refining the techniques and learning how to put his hand in the dirt, He has gotten bigger and stronger and that has been very helpful. This will be a big spring for him. I expect him to come in and compete and do the things we have asked him to do. Greg is a smart guy, so he knows what to do, so now it's a matter of being free and playing fast and that is what I want to see this spring.”