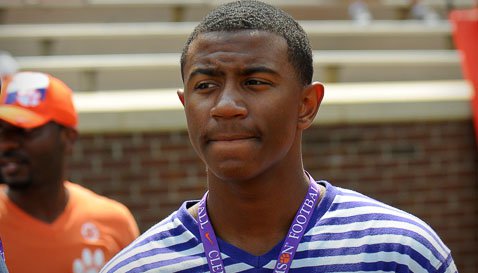 The final word on two of the area’s best prospects in the 2014 recruiting class has been handed down. Easley athlete C.J. Fuller learned yesterday that he will avoid a grayshirt and will be eligible to play this fall, while Daniel running back Jae’lon Oglesby is headed to Fork Union for a semester of prep school.

The early word was that Fuller, who had qualified, would be a grayshirt this season and enroll in Clemson in January and count towards the 2015 recruiting class. However, he told TigerNet via text today that he would be on campus next week.

“I will be on campus on July 31st,” Fuller said about the official reporting date for all Clemson players. “I will be able to practice and go to Clemson on scholarship.”

It was also reported earlier that Oglesby would be heading to Fork Union, and all of the efforts to help the Daniel prospect fell short and the final word was handed down this week, perhaps opening a spot for Fuller.

"We tried, but we heard the news yesterday and he is headed to Fork Union," Robinson said Wednesday. "Hopefully he will go there and work hard like Shaq [Lawson] and come back stronger and better than ever."

For Fuller, the news was sweet and he said he expected to compete at running back.

“I am very excited, and I hope to play running back,” Fuller said. “Coach Brad Scott told me, and it felt good when I heard the news.”

Fuller’s head coach at Easley, Grayson Howell, told TigerNet Wednesday that Fuller worked hard to make sure he was eligible.

“We are excited for him. He got his work done academically and we are glad he is going to go ahead and get his future started,” Howell said. “He will report with everybody else on July 31st and be ready to go when practice starts on August 1st. We learned of it yesterday and we are truly happy for him.”

“They have been trying to get bigger backs, and he fits that,” Howell said. “The thing about C.J. is that he is a big back but he is very versatile and catches the ball well out of the backfield. He is a power runner who has good speed, so I think they are getting somebody who can do a little bit of everything for them. He can do it all.”