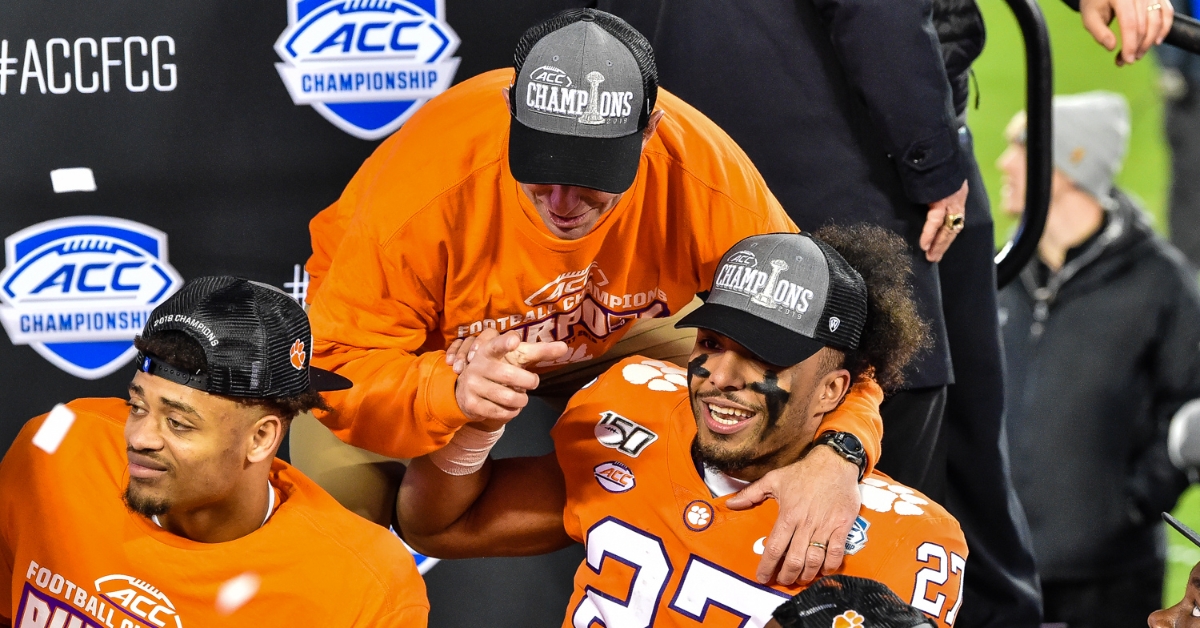 Clemson running back Chez Mellusi is a man of few words. He prefers to do his talking with his play on the field, and that’s one reason he is looking forward to spring practice.

The 5-11, 200-pounder out of Naples (FL) enters 2020 with 276 rushing yards and three touchdowns on 44 carries in 81 career snaps over 11 games. He had his moments during his freshman season – Mellusi rushed six times for 36 yards in his collegiate debut against Georgia Tech and recorded a 57-yard touchdown run on his lone carry at Syracuse. He rushed six times for 30 yards against Charlotte and gained 22 yards on five carries at home against. Florida State. He gained 57 yards on eight carries vs. Wofford and then had seven yards and a touchdown on three carries vs. No. 22 Virginia in the ACC Championship Game.

Things he learned in the running back room

“Everything. Everyone is gifted. Definitely the little things. Travis’ (Etienne) different abilities to always have balance. Coach E’s little things with pass blocking. Definitely a lot of things.”

“Travis (had been a good mentor). Travis is obviously in the position he is for a reason. Everything he says to me and tells me I do. Hopefully the same thing will happen for me.”

“Do everything I’m told, obviously. I’m just going to try better my game in areas I lack in.

"I feel like the best part of my game is I’m a one-cut runner. Speed, downhill.”