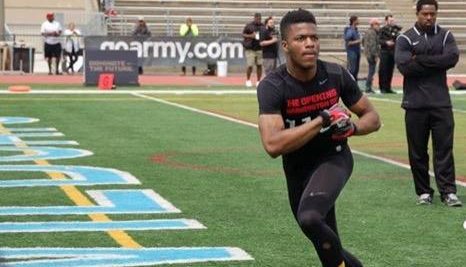 Deon Jones already has a broad list of offers but it’s the Tigers – Auburn and Clemson – that stand out for the 2017 defensive back.

Jones told TigerNet recently that while his visit to Clemson was short, he liked what he saw.

“They have a wonderful campus. The football stadium was really nice and I was looking forward to seeing The Hill,” Jones told TigerNet. “The campus was really nice, too. I didn't have a chance to tour the entire campus because I had to head back home, but from what I saw, it was really cool.”

The visit left him wanting to return to further explore the campus and his options as a student athlete at Clemson.

“I plan on definitely coming back down to Clemson for the summer just to visit,” Jones said. “A couple of teammates of mine are going to the camp, so I'm going to get back down this summer for a visit. As far as my decision, I have two more years, so I think I'm going wait until my senior year.”

The 6-1, 180-pounder said he paid attention to what redshirt sophomore Mackensie Alexander did on the field in 2014.

And, Jones said he realizes that with defensive backs coach Mike Reed

Mike Reed
Assist. Coach / Defensive Backs
View Full Profile ’s experience in the college game and in the NFL that he could have a similar career to that of Alexander.

“I have a really good relationship with Coach Reed,” he said. “Clemson was my first offer and when I went down there I felt like it was home and I felt comfortable down there. Yes, definitely his experience helps. That is one of the major positives of the recruiting, just knowing his history.”

Jones has offers from 14 different schools, including Florida State, Michigan State, Nebraska and Ohio State but there are two schools that standout out early in the recruiting process.

“I don't really have a top two, but I'm pretty interested in Clemson and Auburn,” he said.

However, with nearly two years to make a decision, Jones said he plans on doing his homework not only on the programs, but also the academics.

“What can the school do for me, outside of football, after my graduation if I don't make it to the league? They will need to have my major and things like that. I want to major in Business Management,” he said.

During his first two years at Archbishop Carroll, Jones tallied 88 tackles and two interceptions. He also added 2 receptions for 16 yards and 133 yards on special teams.