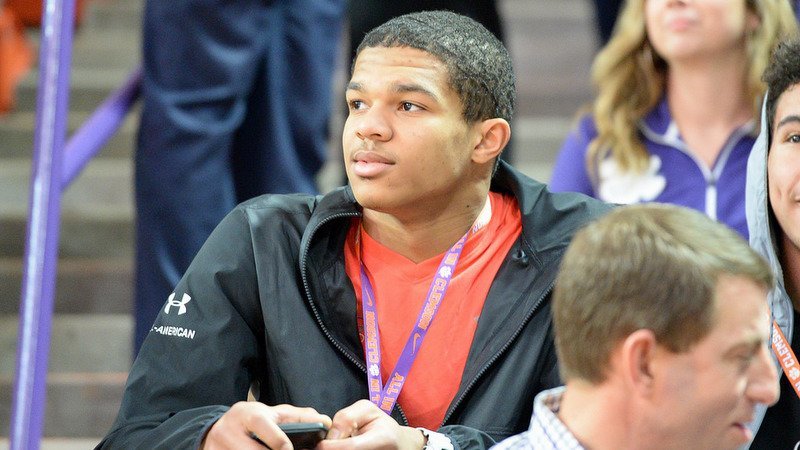 Four-star defensive end/linebacker Brandon Smith made the trek to Clemson this past weekend, and the Tigers emerged as one of the favorites of the Mineral (VA) Louisa County playmaker.

It was the second visit to Clemson for one of the top defensive ends in the country for the 2019 recruiting cycle – Smith is ranked as the No. 45 player nationally by Rivals and the No. 4 defensive end nationally. ESPN has Smith rated at No. 14 overall in the ESPN Junior 300 (listed as an outside linebacker).

Smith said the visit was all he could have hoped for.

“The visit was great,” Smith told TigerNet Sunday. “I saw the facilities and had a chance to talk with Coach V (defensive coordinator Brent Venables) for a while about the defense and how I would play an important role in the defense.”

“It was was awesome knowing you are talking to one of the best defensive coordinators in the country,” Smith said. “And he is a linebacker coach as well. His passion and his style of coaching is interesting for sure.”

“I got to talk with Coach Swinney as well, which was great,” Smith said. “I actually rode with Coach Swinney to the basketball game on the golf cart which was pretty cool. It was great because we got to spend more one-on-one time with the coaches, and that is what we were looking for. I didn’t hang out with any of the players, but we did meet some of the players at the game.”

What was the message the Clemson coaches wanted to convey?

“The message was their interest in me is very strong,” Smith said. “My athletic abilities and range as a linebacker would be a great asset to their defense.”

“I don’t have any other visits scheduled until basketball season is over,” he said. “Clemson will be one of my top schools for sure. They are doing of a good job of recruiting me right now. Penn State, Florida State, Ohio State, Notre Dame, and Georgia are also doing a really good job right now.”